Rarely is the introduction of a new second-division basketball team greeted with such fanfare; of course, it’s not every day that a world-renowned football brand like FC Bayern joins the hoops world, either.

Bayern München president Uli Hoeness unveiled the new second-division club’s uniforms and future plans amid much hoopla in southern Germany on Friday, eliciting memories of Michael Jordan and Scottie Pippen along the way.

Also presented to the public were Team Germany coach Dirk Bauermann, who will be taking the reins of the club in its inaugural season; Demond Greene, currently practicing with the national team in preparation for the 2010 FIBA World Championship; and club vice president Bernd Rauch.

Though Greene played with Olympia Larissa last season, the Texan had been in German basketball since 1996 and along the way saw action with Alba Berlin, Brose Baskets Bamberg and Leverkusen, among others. For the 2007-08 season, Greene played under Bauermann at Brose Baskets and was on Bauermann’s Team Germany for the 2008 Beijing Olympic Games. 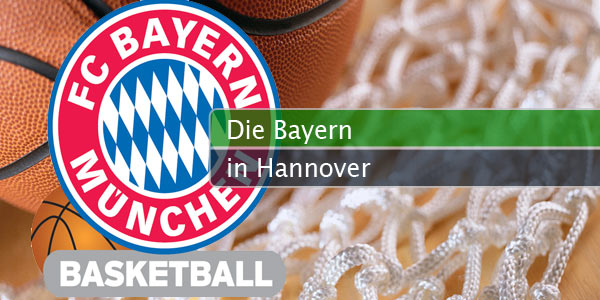 The presence of Bauermann and Greene was the first indication that Hoeness has committed this team to winning and winning immediately, a desire further emphasized by the fact that Hoeness recently withdrew his application for the Bundesliga football chairmanship.

And Hoeness took some time to reveal his own sentimentality for basketball, reminiscing that in the 1990s, he’d habitually get up in the middle of the night to watch the Jordan-Pippen Chicago Bulls. (“Er erzählt plötzlich gerne, wie er nachts aufgestanden ist und vor dem Fernseher Michael Jordan und Scottie Pippen von den Chicago Bulls in der NBA zugesehen hat.”)

In terms of economics, Hoeness was able to report that Bayern basketball has enlisted at list two major sponsors in Adidas and an as-yet unnamed bank. Bayern München the club provided startup funding for the cagers and the revitalization of Munich’s hockey arena will provide up to 5,000 seats for basketball games. Baskets Bamberg manager Wolfgang Heyder has been contracted as a consultant on infrastructure development, causing some to believe that Heyder will be offered a position with München should Bayern BC be playing Bundesliga basketball in 2011-12.

Amazing to think that though this team hasn’t had so much as a practice session yet, we’re able to rationally conceive this second-division team to be in contention for Eurocup (or even *Euroleague*) play within a couple seasons. Of course, it isn’t every day an organization like Bayern München is born.