BallinEurope’s man in the U.K., Sam Chadwick, spent his weekend watching lotsa British Basketball League action in the first week of the regular season there. See below for his roundup of the games.

The British Basketball League (BBL) Championship tipped off this weekend while also continuing with BBL Trophy action. The Leicester Raiders got the weekend off to a start Friday evening by announcing the signing of Team Britain forward Andrew Sullivan where he decided to join fellow national team guard Flinder Boyd, hoping to produce a formidable duo.

In the first championship game of the season, Newcastle Eagles overcame the Guildford Heat, 85-64 with a great team effort. Six players finished with double-digit points, led by Andrew Thompson, who finished with 22 points on 43% shooting, seven rebounds and four assists; other notable stats include Darius Defoe’s 17 total rebounds, including seven on the offensive end. Guildford got contributions from Mike Martin, who grabbed eight rebounds to go with 14 points on 75% FG shooting and 100% from beyond the arc. Three others joined Mike in double figures, but couldn’t contribute enough to hold off the Eagles.

BBL newcomers Durham Wildcats have had a slow start to the season so far (0-4) and received another loss Saturday night, going down 91-86 against the Glasgow Rocks in a close game which came down to a fourth-quarter push by the Rocks. Durham got 20 points from Mario Flaherty, 18 from Fred Capocci and 18 from Mike Hinnenkamp, while the Rocks got 25 points from E.J. Harrison and 22 from Mychal Green.

In his BBL Trophy debut against BA London Leopards, Andrew Sullivan of the Leicester Raiders grabbed 30 points and eight rebounds, while shooting a stunning 83% from the field and 83% (5-of-6) from three-point range. Sullivan was supported by Cameron Rundles who finished with 7 assists and 16 points (67% shooting) while Ayron Hardy added a further 17 points (54%), 4 assists and 6 rebounds. The Leopards got contributions from Ousman Krubally who finished with 24 points and 17 rebounds, while Vernon Teel also finished with 24 points in what was a one-sided affair with Leicester taking the 104-78 win.

Glasgow took a 76-70 victory over the Newcastle Eagles on Saturday night to continue their good run in the BBL Trophy (3-1). E.J. Harrison again contributed 22 points on 60% from the field and 40% from beyond the arc, while also adding four rebounds and five assists. Mychal Green contributed 14 points, nine rebounds and six assists. The Eagles were led by Charles Smith’s 18 points and six rebounds while Darius Defoe put in 13 points and five rebounds, and Paul Gause topped it off with an all-around effort of four rebounds, four assists and 15 points. 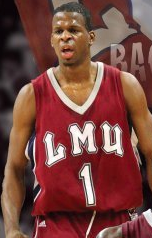 MK Lions dominated the BA London Leopards, 113-72, on the weekend behind 36 points, three rebounds and four assists from Demarius Bold, plus 17 points, 10 rebounds from Howard Crawford and 15 points and seven rebounds from Adrian Sturt; however, the night’s scoring was led by Vernon Teel, who put up 41 points, while John Lister added 14 points. The Lions took control of the boards, grabbing 49 rebounds compared to the Leopards’ 20 to play a massive part in the win.

Plymouth Raiders remain top of their Trophy group despite a 96-85 loss to Worcester Wolves. Ben Smith lead the Raiders with 25 points (60% FG) and five assists, while Anthony Rowe put in 20 points on 67% shooting, adding six rebounds; Paul Williams contributed 12 points and eight boards. For the Wolves, Richie Gordon had a double-double of 22 points and 10 rebounds on 65% shooting and also assisted on three baskets; Tommy Freeman had 21 points to go with four boards, and Sherrard Freezie-Blue finished with 19 points on 60% FG and 43% three-point shooting and three rebounds.

Following an impressive debut by Andrew Sullivan in the BBL Trophy the Raiders looked for continued success in their opening BB Championship game, which came with a 80-59 victory over the Cheshire Jets with Sullivan putting up another brilliant stat line of 16 points and 11 boards on 46% shooting. However, it was Brad Wierzbicki who led the scoring with 19 points and six boards, Ayron Hardy contributed 12 rebounds and 15 points (on 78% shooting), while Cameron Rundles had a relatively quiet night of five assists and seven points. For Cheshire, it was centre Matt Schneck who put up a double-double of 18 points and 17 rebounds while Colin O’Reilly had 13 points and 7 rebounds.

The final game of the weekend saw the Guildford Heat take on the One Health Sheffield Sharks at Surrey Sports Park. The Sharks got the win behind 35 points from Nate Rainking (50% on threes) while Jimmy Langhurst had 16 points and five boards, and Mike Tuck had a double-double of 12 points, 10 rebounds. For the Heat, Martelle McLemore led the way with 20 points and three rebounds, forward Tayo Ogendengbe added 18 points and 7 rebounds, while captain Mike Martin had a double-double of 14 points and 11 rebounds.

That wraps up the weekend’s BBL games here in the UK; check back soon for more English Basketball news.

Oct 18, 2011ballineurope
Powered by Sidelines
Share on FacebookShare on Twitter
This post was published on October 18, 2011
Virtus Roma offers deals to Andrea Bargnani, interesting new sponsorReturn of the Bulldog: Adam Morrison goes for 30 against Union Olimpija