After an incredible first round sweep of the Portland Trail Blazers, the New Orleans Pelicans have a much bigger test on their hands. They take on the Golden State Warriors for the right to take part in the Western Conference Finals. And with a growing sentiment that the Pelicans can take care of the Warriors, it is a claim that is worth examining. 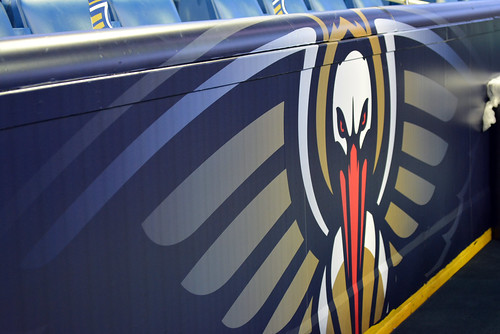 For the Pelicans to have any chance to knock out the defending champions, they will need to play stellar defense. And while their points per game numbers weren’t pretty in the first round against Portland, they are more than capable of locking teams down. Allowing a middle of the pack 105.5 points per game in round one, the Pelicans made an impact by allowing just 33.3% shooting from three-point range. They will certainly need that kind of perimeter defense against a great shooting team from Golden State.

That perimeter defense could get a boost by not having to defend Steph Curry, who has been questionable for the early parts of the series with knee troubles. Combine a less than fully healthy Curry with the tenacious defense of Jrue Holiday on the perimeter, and the Warriors could have a hard time finding their groove on the offensive end of the floor.

The biggest key to success in the modern day NBA is unselfish play. Golden State uses it to perfection, and the Pelicans have their own brand of unselfish basketball as well. This selfless approach to the game starts with their leadership. Players like Rajon Rondo and Anthony Davis prefer to put the team first, and it shows in their ability to get the ball to secondary options to set up easy scoring opportunities. Unlike some teams that prefer to play isolation basketball, the Pelicans make sure to share the ball, and it shows in the results, and in Rondo’s 13 assists per game in the playoffs.

This was not always the case for the Pelicans, as they used their resources to bring in more isolation-based players like Tyreke Evans. That brand of basketball wouldn’t work in the rigorous Euroleague, let alone in the NBA.

One of the best players in the sport at this point, Anthony Davis has really come into his own. He is a matchup nightmare, averaging well over 30 points per game in the playoffs. But it’s the way he does his scoring that makes him so unique, as he can play in the post or shoot perimeter jump shots. There are very few players who possess the skill set that Davis does, and it will be interesting to see how the Warriors plan on attempting to defend someone who can be so unguardable at times.

Davis has stressed his team’s belief that they can win this series. And there is something to be said about that belief as well. It was clear in the first round of the playoffs that the Spurs did not believe they could beat the Warriors four times without Kawhi Leonard in the lineup. If the Pelicans can stay healthy and keep believing, an upset is more than possible.

This series between the Pelicans and Warriors has the potential to be one of the best in recent NBA Playoffs history. According to Betway as of April 28, just before the start of the series, the Warriors were listed as huge favorites to advance at odds of -834, and the Pelicans as underdogs at +550. But it will be a series of tough games for one team to reward their backers with a win here, as both teams will look to exploit each other’s weaknesses.

It could be argued that the winner of this series is the favorite to win the NBA Finals as well. Houston is the top seed in the Western Conference, but has never had postseason success. The Cleveland Cavaliers are looking inconsistent in the East, and the Toronto Raptors are inexperienced at winning in the playoffs themselves. At the very least, the Pelicans could stake their claim to being legitimate contenders going forward if they make this series with the Warriors a memorable one. Only time will tell if they can pull it off.

May 1, 2018ballineurope
Powered by Sidelines
Share on FacebookShare on Twitter
This post was published on May 1, 2018
Doncic takes his licks as Real Madrid make it to BelgradePodcast: Sweet 16 - Heavy metal musical chairs