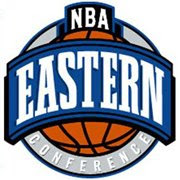 With the NBA playoffs starting today, BallinEurope takes another brief look at the matchups drawing our attention for the next 137 months or so. Unlike the Western Conference half of the bracket, Eastern teams are disappointingly low on European players stocking their rosters. No matter: We’ve still got the FIBA Bulls and the Big Z to pull for on this side – and BiE’s got musings, meanderings, YouTube clips and those Fearless Predictions™. Today: the Western Conference matchups.

Boston Celtics vs. New York Knicks
After years of an all-American lineup, the Celtics started the season with one European and (somewhat inexplicably) ended up with two, thanks to the Kendrick Perkins trade – but Sasha Pavlovic and Nenad Krstic will surely be non-factors in this series.

And the Big Apple lost its international flavor in the Carmelo Anthony deal, losing the upswinging Danilo Gallinari plus inactive ingredient (and BiE disappointment) Timofey Mozgov. Who’s a Euroball supremacist to cheer for?

Orlando Magic vs. Atlanta Hawks
Who’s that, back in the Orlando uniform and back in the playoffs with the Magic again? Hedo Turkoglu, of course, and he’s certainly got the Orlando faithful optimistic about their team’s chances in this tournament. Turkoglu’s game has benefitted more than any of his teammates’ with Dwight Howard; after playing in unsuitable schemes in Toronto and Phoenix, Turkoglu can now roam at will within the perimeter while picking his spots and awaiting the outlet pass. At 31, he’s playing nearly more minutes than ever and in 34 playoff games with Orlando in 2008 and 2009, Turkoglu literally played the best ball of his career … it’s good to be in one’s NBA home.

For the Hawks, there’s good ol’ Zaza Pachulia. And Pape Sy. He’ll be the one on the far end of the bench. Maybe.

Chicago Bulls vs. Indiana Pacers
As though anyone needed further excuses to get one the Chicago bandwagon, the Pacers are yet another team bereft of foreign players while the Bulls bring some bona fide European leaders. What makes this edition of the team more Lova-bull than Michael Jordan’s businesslike machine? BiE’ll just quote Bill Simmons wholesale, since he summed it up so well last week: “Guys like Luol Deng and Joakim Noah might not be able to sell tickets, but you can win titles with them because they don’t care about anything other than doing what it takes to win.”

And would you believe that the big network is reporting that Noah still doesn’t have his “timing” down while he “brings his energy and does his thing”? Did the rest of the league even notice as the Bulls assembled a fantastic second half of the season?

BiE also enjoyed Omer Asik’s limited contributions to the Bulls in 2010-11 and hopes that the big Turk’ll be getting quite a bit more playing time next season – if there is a next season, of course.

Miami Heat vs. Philadelphia 76ers
While everyone else retreads *those* old storylines as Miami progresses through the playoffs (or not), BiE will always think of the Heat’s 2010-11 title bid as Zydrunas Ilgauskas’ swansong. After an outstanding career toiling with obscurity in one-man-teams-at-best Cleveland, Big Z may finally have a legitimate shot to bring a ring home to Lithuania in his final go-round in competitive basketball – and this after taking a $10 million-plus pay cut.

(And hey, rhetorical question: Whatever happened to Darius Songaila…?)