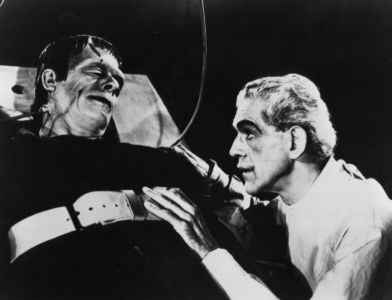 Just because the Euroleague is off this week, it doesn’t mean the media is closed for business and CSKA Moscow leader Ettore Messina gave international news a little to chew over during the bye. The coach wants you all to know a few things: He’s not a mad scientist animating cadavers, nor can he get Milos Teodosic to what the Italian coach sees as his next level.

Spanish-language Piratas Del Basket today quotes Messina in calling out his point guard a bit after the Red Army’s shocking home loss to Zalgiris Kaunas in Monday’s VTB United League game: “Clearly, there is progress in Teodosic’s game, but there’s still plenty of work to do in order for him to reach the necessarily level to be a leader.”

He went on to rhetorically ask media members, “Do you think that I’m doing nothing or that I’m Dr. Frankenstein and I can change his head as I please? Everything depends on the player. I can help but he will only change when he wants to.”

Ever since last season’s Euroleague championship final – more known for Vassilis Spanoulis and Georgios Printezis’ heroics, but also notable for Teodosic’s fourth-quarter meltdown – BallinEurope has kept half an eye on the PG in late-game situations. And while CSKA was stumbling to two consecutive Euroleague losses, BiE is sad to note that mercurial Milos has reemerged…

Against Unicaja Malaga two weeks ago, CSKA entered the fourth quarter looking at a hardly insurmountable 67-61 home team lead. Surely against his better judgment, Messina had Teodosic starting the fourth, whereupon the man faded into invisibility vis-à-vis taking the initiative on offense – you know, playmaking, that leadership stuff Messina’s on about – until the margin had expanded to 80-62 with five minutes remaining. *Then* Teodosic was good for four points all from the charity stripe.

The disappearing act happened again against Real Madrid last week: With his teammates apparently shying away from sending the ball through their point guard, Teodosic got few touches at all, going just 0-of-1 shooting – a missed three-pointer on CSKA’s final possession of regulation time and leaving his team at the mercy of Pete Carroll, who put up a rare miss on this evening.

In the fourth, Teodosic was called upon to get more involved on both ends of the floor and contributed a couple of rebounds and a nice assist – but also shot just 1-of-3. Worse yet, the daggerest of all Carroll’s daggers came at Milos’ expense. This three over Teodosic, who stays planted when Carroll takes to the air, made it a 76-74 lead in OT for Los Blancos, who never trailed again on the way to the W.

And in the Zalgiris game which may have steamed Messina’s clams real good, well, you can probably guess. No points from the floor, no assists, one PF and cause enough for Messina to pull him from the floor with 2½ minutes remaining *after* making two free throws.

With some time before CSKA’s next match – they’ll host Unics Kazan on February 14 – we’ll definitely be wondering what Messina has planned for his enigma wrapped in a riddle at point guard. Should we start checking graveyards for the coach’s presence…?