While some domestic leagues will seemingly be hosting playoffs right through to next season’s tipoff – BiE’s looking at you, ACB, French LNB, Serie A and Ligat HaAl – the great majority of European basketball associations have named their champion for 2010-11 … or are very close to doing so.

Below runs BallinEurope’s updated roundup on the current situation in regular seasons and/or playoffs in the Continent’s domestic leagues. This list will be updated whenever possible.

Any information BallinEurope readers can provide is much appreciated as well.

Euroleague: Panathinaikos took its third championship in five years by decisively taking out first Montepaschi Siena and then Maccabi Tel Aviv in the Euroleague Final Four tournament. In the year of Dimitris Diamantidis, the PAO guard added another trophy to the mantelpiece by bagging the tourney’s MVP award.

ULEB Eurocup: Unics Kazan became the first unlicensed team to officially join the 2011-12 Euroleague ranks with a decisive 92-77 victory over Cajasol Sevilla in the championship match. Maciej Lampe contributed a huge effort with 26 points and 11 rebounds, while Kelly McCarty went for 18 and Terrell Lyday put in 15. But it was Marko Popović who was named MVP for dishing out a Eurocup championship record 11 assists to go with his 18 points.

Baltic League: Žalgiris Kaunas defended home court with the magic of the “Green Death” to take the Baltic League title over VEF Riga, 75-67.

Albania: SK Tirana were crowned Albanian Basketball League champions after twice topping UAT. Despite going just 7-8 during the FSHB regular season, UAT snuck into the finals by upsetting theretofore-undefeated Studenti Tirana in a best-of-three round.

Austria: In their quest for a sixth Österreichische Basketball Bundesliga title (and a second threepeat), Allianz Swans Gmuden are meeting with serious resistance from three-time runner-up Oberwart Gunners. The Gunners on Saturday night knotted the best-of-five series at 2-2, riding a 28-7 second quarter to 78-67 victory at home. Ian Boylan played all 40 minutes for the visitors and poured in a crazy 31 points to go with nine defensive rebounds. Game five is set for Thursday night.

Belarus: Is BC Minsk-2006 the European team of the year? Certainly, the Belarusian champions compiled one of the best single seasons ever in terms of straight-up record with a pair of 3-0 sweeps in the playoffs to bring their final mark for the 2010-11 season to a perfect 46-0.

Belgium: In the Ethias League playoffs, Eurochallenge clubs Dexia Mons-Hainaut and BC Oostende both advanced with 2-1 wins. Awaiting them in the semifinals are the Euroleague’s Charleroi and Eurochallengers Aalstar, respectively.

Bosnia-Herzegovina: Defending champions Siroki TT and regular-season no. 1 seed BC Igokea Aleksandrovac are tied up 1-1 in a best-of-five series.

Bulgaria: The final pits regular-season no. 2 finisher Levski against Lukoil Academik, one of the most dominant teams in a European domestic league. Lukoil is riding a 33-0 run in Bulgaria heading into the finals, not to mention an eight-year NBL title run.

Croatia: Yes, Cibona Zagreb somehow managed to crawl their way into a semifinal berth with a 7-7 record in A1 Stage Two play; but the implosion of 2010-11 continues, with a 75-72 loss in game one to Eurocup semifinalist Cedevita Zagreb dropping them to 17-34 overall this season. On the other side of the bracket, KK Zagreb well outgunned hosts Zadar, 98-79.

Cyprus: After a wacky playoff tournament which ultimately saw no. 4 seed Intercollege Etha Engomis face off against no. 6 AEL Limassol (who were just 6-10 in the regular season!) for the title, Etha was named 2011 champions in winning the series three games to two. Kudos to these champions, who reportedly have quite the long history of Cinderella and/or underdog status – and this season, league MVP Anthony King.

Czech Republic: The Czech Republic’s marquee team, CEZ Nymburk, has advanced to the finals on a 16-0 run in the home country. Eurochallenge side BK Prostejov has a 2-1 lead over BK Pardubice; game four of that series will be played on Tuesday.

Finland: Tampereen Pyrinto are the Finnish champions after destroying Kataja in the deciding game five of the finals, 80-57. Damon Williams was named regular-season MVP after compiling a fantastic line of 18.1 points, 9.9 rebounds, 4.2 assists and 1.5 steals per over 55 games.

Germany: Who will represent Germany in 2011-12 Euroleague play? It’s as hard to tell as ever with the Bundesliga: The Brose Baskets Bamberg-Artland Dragons and Deutsche Bank Skyliners-Alba Berlin semifinal series are both at one game apiece going into Wednesday’s games.

Greece: Make it 34-0 against Greek teams for the 2010-11 Olympiacos side, as they stomped Aris on Saturday night, 102-76, in game in which all 12 Reds scored. The seemingly inevitable finals confrontation with Panathinaikos looks, well, more inevitable, as the Greens took care of PAOK in game one of their semifinal round, 75-69.

Hungary: Szolnok fought back from a two-game deficit to win three straight, shocking Albacomp in the Hungarian finals. This marks the third-ever title for Szolnok, who were champions in 1991 and 2007.

Iceland: In what is perhaps Europe’s smallest league, the tinily-titled KR (a.k.a. KR Reykjavik if you’re not into the whole brevity thing) defeated Stjarnan, three games to one, to take the title.

Ireland: Killester Dublin made it back-to-back titles by defeating Neptune Cork, 84-80, in the championship.

Israel: The Ligat HaAl semifinal round starts on Tuesday, with powerhouse Maccabi Tel Aviv hosting Maccabi Rishon (13-14 in the regular season) and defending champions Gilil/Gilboa (still strange to write that, even nearly a year later) taking on Hapoel Jerusalem.

Lithuania: No front-office shenanigans got in the way of Žalgiris Kaunas taking back the title from former back-to-back LKL champs Lietuvos Rytas, 4-1. Žalgiris capped its title bid with a 95-69 punishment of their rivals in game five, ending the season with a 32-1 overall record against Lithuanian teams. The Greens can take great pride in their 2010-11 season, with the LKL trophy sitting nicely on the mantelpiece next to the Balkan League title.

Luxembourg: T71 Dudelange won two games straight against Amicale to advance to the finals (Dude!) to await the winner of the Etzella-Sparta series.

Portugal: Benfica has evened the LPB championship series with no. 1 seed Porto Ferpinta by notching a 79-75 victory in game four; all four games in the series have been won by the home team. Of note is the fact that Benfica has now handed Porto more losses in this series than the table-toppers had experienced in their first 28 games.

Romania: BallinEurope’s man in Romania, Adi Micinic of TotalBaschet.ro, brings us up to date with the following dispatch sent early Monday morning – the guy’s dedicated, for sure…

Games Three and Four of Divizia A Final 2011 were played last weekend in Cluj-Napoca. Both games went in favour of the home team, U Mobitelco BT Cluj-Napoca, against CSU Asesoft Ploiesti.

On Saturday, Kyndall Dykes scored the decisive basket, a midrange shot, with four seconds to play, and U Mobitelco finished by scoring the last nine points of the game for a 66-65 win. Dykes scored 22 points, while Catalin Burlacu responded with 20 points and seven rebounds for Ploiesti.

On Sunday, U Mobitelco earned another win, this time by a larger margin. The final score was 84-76. Cluj-Napoca guard Tyler Morris came back from an injury suffered during Saturday’s game to contribute 21 points and nine assists. Zoran Krstanovic added 20 points and eight rebounds for the hosts. Romanian national team regular Levente Szijarto answered with 17 points for Asesoft.

After these two games, the score in the Romanian championship final is 3-1 in favour of Cluj-Napoca in the best-of-seven series. CSU Asesoft Ploiesti will host Game 5, scheduled for Saturday, May 28. They must win the following games in order to avoid losing a national championship decider for the first time in club history.

Serbia: Partizan Belgrade closed out its Serbian Superleague season at 13-1 to snag the no.1 seed for the four-team playoff round; they’ll be facing FMP. Last season’s runners-up Hemofarm Stada finished second and drew KK Radnicki.

Slovakia: BK Astrum Levice were named 2011 Slovakian champions are beating BK SPU Nitra three games to two. Americans Mike English and Esian Henderson starred for Levice in the decisive game five, with the former putting in 21 points and seven rebounds, while the latter added a double-double of 15 and 11. 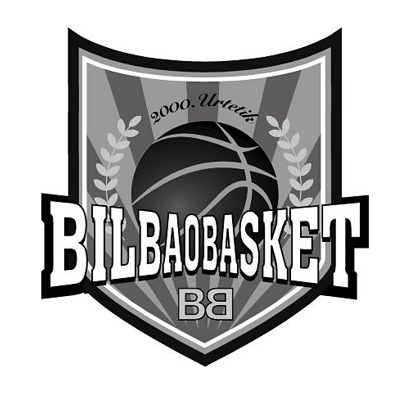 Spain: It wouldn’t be the ACB playoffs without at least one shocker along the way to the finals. Though regular-season no. 1 seed FC Barcelona, no. 2 Real Madrid and no. 4 Caja Laboral Baskonia are handling Unicaja, Fuenlabrada and Gran Canaria 2014 with 2-0 quarterfinal series lead, Bizkaia Bilbao Basket is shaking things up – and making history while doing so.

Bilbao recorded the club’s first-ever ACB playoff win on Friday night, taking a 79-72 victory on Power Electronics Valencia’s home court. They chased this up with a 79-75 win in their house.

Sweden: In a battle between the last two season’s champions, Sundsvall Dragons recaptured the Basketligan title from 2010 winners Norrköping Dolphins in seven games. The Dragons dominated the league’s awards for 2010-11 as well: Jakob Sigurdarson bagged MVP, Guard of the Year and Import Player of the Year nods; Forward of the Year was Alex Wesby; and finally, the MIP trophy went to Johan Jeansson.

Switzerland: Lugano Tigers defended their title with a 3-1 series victory over Fribourg in the championship series.

Turkey: TBL no. 1 seed Fenerbahçe Ülker, no. 3 Galatasaray Café Crown and no. 4 Efes Pilsen Instanbul all swept their quarterfinal playoff series (against Antalya, Karsiyaka and Besiktas Cola Turka, respectively). Second-place regular-season finishers Banvit are having problems with Olin Ederne, however, as that matchup is now at 2-2.

Ukraine: Ukrainian regular-season table-toppers BC Donetsk are up on Eurocup side Budivelnyk, two games to one.

May 23, 2011ballineurope
Powered by Sidelines
Share on FacebookShare on TwitterShare on Google+
Pau Gasol: “A bit distracted,” “A bit exhausted” in Lakers-Mavs seriesOlympiacos vs. Panathinaikos: History on the Reds’ side?