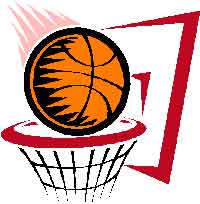 Fans of European basketball can take great pride in the achievements of its players recent to the NBA. Going into 2009-10, ten players from The Continent were entering their first or second season in the big league; throwing in Brandon Jennings (who BallinEurope will go down forever as believing that the youngster’s lone season with Lottomatica Roma was absolutely essential to his overwhelmingly on-the-face-of-it rookie year with the Milwaukee Bucks) and Ersan Ilyasova 2.0 (really, we can forgive/forget the mistakes of a 19-year-old and his overenthusiastic agent, can’t we?) gives us an even dozen or one active NBA roster.

As the regular-season dust has settled, we find among the 12 six who should be considered emphatic successes; another four who certainly exceeded expectations and/or contributed solid seasons; and one wait-and-see. Only one of the sophomores suffered from the dreaded sophomore slump and Europe did produce one notable washout (at least in 2009-10 NBA terms) in Roko Ukic. Report cards (and video clips!) follow.

• C Marc Gasol, Memphis Grizzlies
Back in December, BiE asked rhetorically, “How long before we see the Gasol Brothers teaming up for the West in an NBA All-Star Game?” After he turned in an eye-popping stat line of 14.6 points (at a 58-plus percent clip, mind you), 9.3 rebounds, 2.58 stocks per game plus 28 double-doubles this season, we’re thinking 2011. Grade: A+.

• PG Brandon Jennings, Milwaukee Bucks
Jennings, coming from “out of nowhere” as far as much of American media was concerned started his 2009-10 with a sweet beginning and finished with a pretty nice ending. You can’t argue with success, but The Dude from Roma does have some glaring numbers on his CV.

Remember the 55-point game that woke everyone up and put Jennings into Rookie of the Year discussions thenceforth? That was in mid-November. Jennings field-goal percentage then went into a graveyard spiral: The NBA rookie chased his double nickel with by shooting 34.2% through early March – a run of 54 games (!) – for an average shooting night of just about 5-for-15. Ultimately, B.J. righted the ship (more or less) to go just a hair under 39% in the final two months of the season.

On the other hand, there’s no denying that Jennings has led this team into the promised land of the NBA playoffs without extremely much to work with. And the gaudy number of shots taken reflects the professional confidence of a player well beyond Jennings’ 20-and-a-half years. Has any young player been this fearless since Kobe at 19? Combined with Ilyasova’s resurrection, perhaps NBA scouts should start measuring Euroleague seasons for under-25s in metric: You know one metric basketball season equals 1.7 NBA years…? Grade: A.

• PF Ersan Ilyasova 2.0, Milwaukee Bucks
Why does BiE include Ilysova on the list? Here are his career NBA stats:

What happened? Outside the fact that the 2009-10 version of the Bucks is more talented than the 2006-07 squad, Ilyasova additionally patiently developed his game with FC Barcelona for a couple of seasons. Oh, and added about 20 pounds. It’s like two totally different dudes, man… Grade: A.

• SG Rodrigue Beaubois, Dallas Mavericks
Beaubois ended up eating away so much of Josh Howard’s playing time that they traded the man away; today few in the Dallas-Ft. Worth Metropolitan Area are sentimental about Howard, but they’re loving Beaubois.

Beaubois probably peaked out in March to put the final nail in the coffin of Howard-as-Maverick, shooting 72-of-127 for 56.7% total field goal shooting, including a nice 23-of-49 (46.9%) on threes. Not coincidentally, the team went 11-4 on this stretch to solidify its hold on second place in the Western Conference.

Now, the only question is whether Beaubois can reproduce and/or equivalently contribute like Howard did in last year’s playoffs. Grade: A-.

• SF Omri Casspi, Sacramento Kings
Now on a multi-year deal, Casspi is pretty much guaranteed to answer the metaphysical question “If the world’s first Israeli draft pick puts together a quality career in small-market Sacramento, does it make a sound?”

Meanwhile, Casspi gets love and devotion to spare in Sacramento; he’s certainly the most popular foreign celebrity in Sactown locally now that the Governator is falling into record-level disrepute. Here’s to thinking there’s no uptick in the number of Northern Californian babies named “Arnold” lately. Grade: A-.

• F Jonas Jerebko, Detroit Pistons
The pride of Team Sweden was, in a roundabout way, fortunate to have gotten with a non-contender for 2009-10. Playing with the Pistons allowed Jerebko to gradually learn how to use that 6’10” height and 230-plus weight to his advantage, particularly in the Eastern Conference – and Detroit was hard up enough to install Jerebko as a starter by the second week of the season.

By season’s end, the big guy had earned the admiration of Pistons backers by contributing a solid 9.3 points (at 48.1%, Jerebko was a dozen shots away from 50%) and 6.0 rebounds per game; the latter could definitely be improved, at least based on his five double-doubles in 2009-10, but the Swede definitely exceeded expectations for Detroit in his rookie NBA season. And with a salary of under $500,000, Pistons management is certainly loving the bang for the buck Jerebko brought. Grade: B+.

• SF Nicolas Batum, Portland Trail Blazers
After spending about half the year injured – apparently a pre-requisite for signing with the Blazers is agreeing to a minimum amount of DL time per season – Batum turned in a heckuva half-season in Portland at 10.1 ppg and 3.8 rbg. While Batum remains a bit of a black hole with the ball, few Blazers fans are going to complain after The Man from Lisieux’s stirring 18-point, five-rebound performance in game one of the playoffs to stun the Phoenix Suns. Grade: B+.

• SF Danilo Gallinari, New York Knicks
BiE is still waiting for a “thank you” from Gallinari. Shortly after getting called out by this website’s Francesco Cappelletti, Gallinari turned in consecutive 20-plus point games and never looked back.

Gallinari answered Cappelletti’s criticism, mostly centered on Danilo’s lack of aggression and inability to mesh his Italian game with that of the Knicks, by adapting Borg-like to the nightly competition. Against a Washington, Gallinari could torment the likes of Brandon Haywood underneath and was happy slamming home dunks; against San Antonio, Gallinari’s enviable range could constantly draw out the big Spurs from underneath.

Combine Gallinari’s suddenly exploitable skills with his pedal-to-the-medal April stretch in which he went for 22.4 points per in the final eight games, and New Yorkers are convinced they’re on to something here. Grade: B (but A- for the second semester).

• SG Goran Dragic, Phoenix Suns
Dragic was another about whom BallinEurope complained on consistency issues early on: clearly what makes a newbie a newbie. It still holds true for Dragic, however. How to explain that the same guy goes 7-for-11 with 10 assists against Oklahoma City followed by a six-point, zero-assist showing against the 76ers the following night, then a six-point 10-assist game against the Los Angeles Clippers two night after *that*, then et cetera et cetera.

“Unleash the dragon,” yes, but praise him for that 39.4% three-point shooting while curbing his other excesses, eh? Grade: B-.

• SG Rudy Fernandez, Portland Trail Blazers
Like Batum – hey, he’s a Blazer – Fernandez did his turn on the DL, missing all of December. Fernandez was dogged by inconsistent shooting and his stats were essentially all down from his full year of 2008-09. We’ll see whether or not to write this one off to a sophomore slump; if he can channel that new aggressive streak, though, good things are in Fernandez’ future. Grade: B-.

• C Alex Ajinca, Charlotte Bobcats
BiE was surprised that the seven-footer with oodles of talent didn’t get more time with Charlotte this season, but Larry Brown’s prowess was also underestimated here as well.

Despite seeing a total of 29 minutes of NBA game time (talk about your cups of coffee) with the ‘Cats in 2009-10, Ajinca may still call his campaign a success. The Team France center turned in a swell year for the NBDL’s Maine Red Claws, putting up a line of 14.6 points, 7.5 rebounds and 3.5 stocks (steals plus blocks, statistic courtesy Bill Simmons) per game, including an insane 10-block performance on January 22 – seriously, how is that even possible?

One needs to look no further than Bobcats center Alexis Ajinca to see a viable parallel for [Hasheem] Thabeet: Another wiry man in the middle, Ajinca went to Maine earlier this season with a reputation for soft play on the interior. Over the course of half a season, he went from routinely settling for 18-footers to posting up with confidence, drop-stepping for dunks and adding a hook shot. Unfortunately, Ajinca’s story isn’t complete as he [was] sidelined with an injury since late January […] watching his progression through two months in the D-League this season left no question that Ajinca is a much better player than he was in November. Grade: incomplete.

• PG Roko Ukic, Milwaukee Bucks
Once Brandon Jennings was in place in Milwaukee, it was so obvious that the Ukic-Bucks marriage was destined for failure that BiE saw it coming in December. And so it went: Ukic split Milwaukee, got with Fenerbahçe Ülker in January and immediately went for 20 points, six boards and four assists against Zalgiris Kaunas. In the Turkish Basketball League thus far, Ukic has averaged 11.1 points and 4.2 assists per game. Grade: F (in NBA), C+ in Europe.