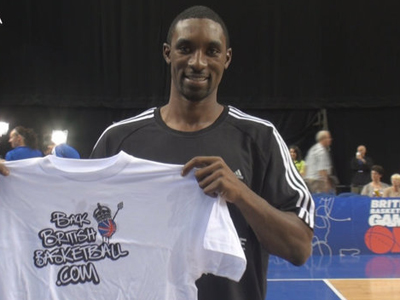 Despite the fact that Team Britain has managed to qualify for 2010 Eurobasket tournaments on both men’s and women’s sides, FIBA secretary-general/International Olympic Committee member Patrick Baumann has placed yet another condition to be met in exchange for bids at the 2012 Olympic Games.

According to today’s Scotsman newspaper via a letter sent from Baumann to Basketball Scotland vice-chairman Bill McInnes, Baumann now demands as prerequisite to Olympic entry “that a single governing body in Britain is established for basketball” uniting programs from England, Scotland and Wales.

While the three bodies agreed on an informal structure to create united teams at the national and U20 levels back in 2005, Baumann “wants a radical overhaul of the way the sport is organised in order to translate its oft-cited grassroots popularity into sustainable success at club and international level” and the current way of fielding FIBA basketball teams “cannot be continued after the Games in 2012.”

Baumann’s letter went on to state that “There needs to be one boss, one organisation that leads. I don’t think that means the three federations as such need to disappear. They have their role, but it must be under one umbrella, with clearly defined responsibilities on developing basketball. We need to have one partner that has the clear vision so that when it comes to the table with FIBA or the British Olympic Association, they have the credibility to say what is good for basketball in England, Scotland and Wales.”

Despite the fact that Baumann himself is “relatively confident” the British powers-that-be can live up to this latest round of expectations, the timeframe does seem a bit tight: The IOC will be voting in March to decide whether or not to give Team Britain an automatic bid for the London Olympics.

If the IOC decides not to grant the official bid, Team Britain would then presumably have to at very least qualify out of pool play in Eurobasket 2011 or even grab a wild-card entry to the Olympics, two scenarios with varying degrees of possibility from next-to-none to darn unlikely at best.

Baumann’s latest idea is the most recent of a flow of demands put on Team Britain in the buildup to the 2012 Games. Before the recent Eurobasket qualifying rounds, it was essentially implied that Britain needed to make a respectable showing in an upcoming international tournament.

When both the men’s and women’s sides got through on the same day, the official FIBA website itself proclaimed that “Looking to make statements about the potential of the national teams to compete at the Olympics should they both be allowed by basketball’s world governing body, FIBA, to take up spots normally reserved for host nations for the London Games, the Brits were loud and clear.”

Prior to this, in what Back British Basketball’s Sam Neter is calling a “constant moving of the goalposts” by FIBA, Team Britain had been informally promised an Olympic spot if they qualified for Eurobasket 2009; prior to *that*, rising to Division A level in FIBA play was thought to have been enough.

Baumann fittingly said that the “radical overhaul” will “require some creative thinking.”

Sep 19, 2010ballineurope
Powered by Sidelines
Share on FacebookShare on Twitter
This post was published on September 19, 2010
In wake of Maroussi problem, congratulations to PAOK BC, Galatasaray Basketball Without Borders Europe wrap: Bits, bites and highlights