For Phil Jackson: What to expect from Bennett Salvatore 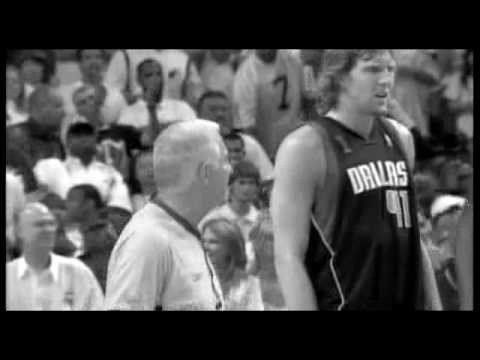 This should not be an iconic image.

A bit of an aside here, if you would be so kind, BallinEurope readers, and an apology; you see, i’m still traumatized by Sunday’s Los Angeles Lakers-San Antonio Spurs game. Due to that old life/other plans thing, i waited until last night to watch the possible playoff matchup in a game that’s often a regular-season classic.

And ol’ B.S. did not disappoint. Gifted with a glitzy Las Vegas showman’s name, Salvatore has a penchant for playing an over-ambitious member of the Greek chorus who constantly upstages those we came to see.

With all the general chatter about “European basketball has caught up with American basketball” and questions about “How good is the Euroleague, really,” here’s one area where high-level European basketball (and quite frankly the NCAA) has it all over the NBA: Quality of officiating.

Sure, sure, there isn’t a European basketball fan alive who can’t enumerate two or three traumatic screwjobs inflicted upon their club by the referees. And international basketball tournaments – we’re talking 2007 Eurobasket, 2008 Olympic Games here – have been recently beleaguered by egregious officiating. Seriously, this website’s interview with big-name FIBA ref Romualdas Brazauskas drew a torrent of reader venom. Speaking utterly subjectively, the actual match-to-match quality of NBA officiating has been on a downward spiral since the heyday of Tim Donaghy (so, say, the early mid-2000s).

Are European referees generally this bad? BiE thinks not.

Incidentally, this is now officially (so to speak) a callout for this site’s European readers to cite as many examples of bad refereeing in Europe as you’d like.

Back to Sunday: Thanks to a single sound bite after the 100-81 loss, the following invoice ensued.

With 59.0 seconds remaining in the second quarter, Los Angeles forward Ron Artest and San Antonio guard Manu Ginobili were called for a double-technical foul after getting tangled up while the ball was waiting to be inbounded.

On the Spurs’ ensuing possession, just a second of game clock later, Artest was called for a personal foul and Kobe Bryant was then whistled for a technical foul for approaching the official during the dead ball.

All of the calls were made by 25-year NBA veteran referee Bennett Salvatore.

Here was Dr. Phil’s statement at the press conference. Note the interesting psychological bent he applies to making the referees part of the gameplan: On any other day, Jackson would be drawing the praise of sycophants worldwide for his zen-like analysis.

As a public service to perhaps the greatest NBA coach ever, BallinEurope would like to present a visual summation of what you’re going to get with Bennett.

(Let’s put this formality to bed first, though. If you take a look at the “More info” box in the top right corner on most of these YouTube pages, you’ll see an apologetic remark to the effect that “this is not to say that my team, Team X deserved to win the game or to take anything away from Team Y, etc., but the referees in this game really sucked. This is mine: The Lakers in no way deserved to win this game as limply as they played in the last three quarters and as cold as Kobe was. However, this is an execrable example of how NBA referees have a compulsion to take over games because they think they know best.)

First up is the Academy Award-nominated YouTube (not really, but this should totally be a category) “Where Bennett Salvatore Happens,” done at the request of ESPN.com’s Bill Simmons and to the acknowledgement of millions of Dallas Mavericks fans.

No Salvatore in this one, but a terrific random example of the rampant silliness of NBA zebras nonetheless:

Back to Bennett: Here’s Salvatore’s crew handing one to the Dallas Mavericks over the much-less-marketable and younger Golden State Warriors last year. Note the repeated motif of the double technical foul is repeated here, as it was in the Lakers-Spurs game on Sunday and in the Mavericks-Heat playoff series.

The worst of it all is that the answer to this distraction is probably ridiculously easy. As Simmons put it about 10 months ago:

Apr 6, 2010ballineurope
Powered by Sidelines
Share on FacebookShare on Twitter
This post was published on April 6, 2010
Stream of consciousness runs through Philippines, Serbia, Iran, TexasEuroleague MVP for April: Juan Carlos Navarro, of course