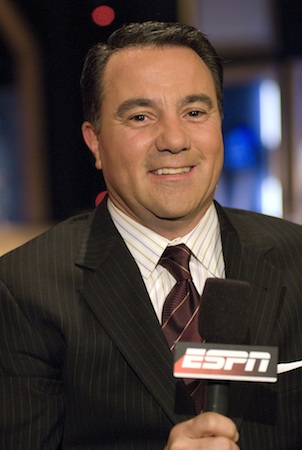 Episode #46 of the BallinEurope/heinnews co-produced “Taking the Charge” podcast series is now available online or via iTunes.

We’re very pleased to have guesting on the show this week none other than former University of New Mexico Lobos head coach/current ESPN college basketball analyst and commentator/fantastic tweeter Fran Fraschilla. Since Fraschilla was in attendance at the recent FIBA U19 World Championship tournament, we gladly pick the man’s brains for his takes on Dante Exum of Australia; Sebastian Saiz, incoming freshman at Ole Miss; Nick Duncan of Team Australia and Boise State University; exciting Serbian point guard Vasilije Micic; and most of *that* Team USA side.

Just as naturally, BiE couldn’t resist getting the dish on Elias Harris’ prospects with the Los Angeles Lakers (a deal which Fraschilla recently tweet-praised), UNM’s chances in the 2013-14 season, and why he got out (and stayed out) of the coaching game back in ’02.

Hein and BiE were also able to yuk it up in our sports movie review of the week, because we checked out a true classic in sportsworld-side satire from the minds of those South Parkers, Trey Parker and Matt Stone – that’s right, we’re talking Baseketball!