Good Milos vs. Bad Milos: Is Teodosic the problem for Team Serbia? 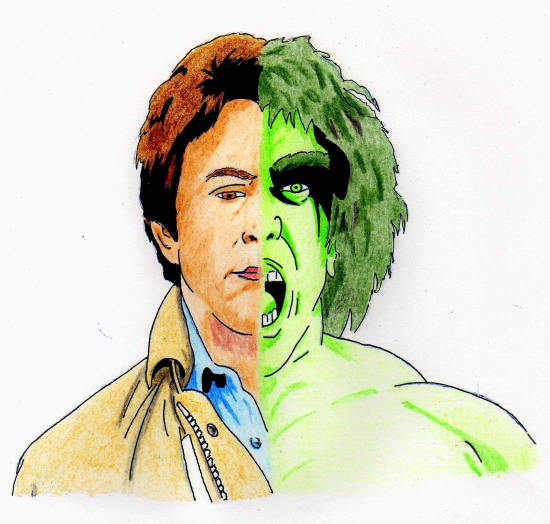 The two sides of Milos Teodosic

“Some of the players that I called up to the national team for the first time five years ago have not made any progress. One could say they have even declined. I am very disappointed with the game of Milos Teodosic as well as with his behavior. His game doesn’t involve his teammates even if he is the most creative player in Europe of the past ten years.

“It is really amazing that his [coaches have] failed to teach him his role on the team and to play as a point guard. He is the main culprit in the recent losses and is still behaving very irresponsibly. He is the best point guard in Europe, but he hasn’t shown it in the national team.”

But can Teodosic, the former European Player of the Year, Euroleague MVP and FIBA World all-tournament member, really deserve such blame for Team Serbia right now? Come to think of it, does Team Serbia actually have great problems? Okay, so they failed to qualify for the Olympics from a tough EuroBasket 2011 crowd. And right now they’re no mighty Montenegro, the 6-0 side Serbia faces in Podgorica tonight.

Team Serbia does have other problems that they’ve dealt with reasonably well, the 73-71 loss to Montenegro in Belgrade notwithstanding. Coach Dusan Ivkovic pointed out at yesterday’s presser that Nenad Krstic and Zoran Erceg have been playing hurt: Krstic missed the first two games and saw limited time thereafter; Erceg took DNPs in two games and has played fewer than 14 minutes per otherwise. Representing two of three players on the Serbia roster who are at 2.10m (6’10½”) or taller, limiting these two guys is giving up a lot of size.

Luckily for them, Ivkovic pronounced both fully recovered and ready to fully contribute in the final four Group A games.

But back to Teodosic and the short-term reasons for Slavnic’s disdain. At 4-2, Team Serbia is in a mathematical tie with Estonia in second place in Group A. Serbia’s wins have all been convincing in beating Iceland, Slovakia and Estonia by an average margin of 20, plus crushing poor Iceland in a second meeting, 114-58.

The black marks were the game two loss to Montenegro and the shocking 89-76 defeat in Israel.

Against Montenegro, Serbia took entered the fourth quarter with a 55-52 lead. Teodosic took the floor with 8:30 remaining and things looked peachy immediately thereafter – yes, the black hole had emerged, but he was hitting his shots. Five points from Teodosic and barely 45 seconds after he’d entered the game, it was 62-54 to Serbia.

And at some point during the timeout, Good Milos – you know, the Euroleague MVP-type Milos – disappeared, to be replaced by the Bad Milos. Bad Milos is the one who forgets how to distribute, handle and get to the ball and immolates before our very eyes.

Before this point, Good Milos had gone 7-of-12 for the game, with four assists against just two turnovers. As the pressure cooker turned up, Teodosic went 1-of-3 on FGs, 2-of-4 at the line, plus two TOs versus just one assist. And when Nikola Ivanovic hit his miracle three to give Montenegro the win, guess whose barely stretched arms he launched over…

And in Tel Aviv … perhaps confusion clouded the mind of Ivkovic when he pulled Teodosic with 7:38 to go in the fourth or perhaps he feared the Hulk-like transformation. Good Milos had been on the floor in the fourth, doing excellent work off the ball on offense and playing gritty defense with a rebound here, a steal there … nevertheless, Ivkovic feared like Natasha Romanova and yanked Teodosic.

After 80 seconds more, Milos was back. Bad Milos. The result? Three TOs, one PF, zero points, zero assists as a nine-point Israel lead ballooned to 15. By the time Ivkovic re-yanked Teodosic with 2:30 remaining, it was too late; his alter ego had smashed.

Not to put too fine a point on it, a flashback. Most exemplary of the Bad Milos phenomenon in crunch time doesn’t even come from national team play. Just as important as Vassilis Spanoulis’ awesome final 10 minutes in the 2012 Euroleague championship game was Teodosic’s answer in the fourth: A mind-blowing stat line of 0-of-4 shooting for one point, four TOs and two PFs.

Though tough to pin all the responsibility on a single player in basketball, yeesh, the evidence is pretty damning. Slavnic may be at least partially right on Teodosic and Team Serbia – though BallinEurope isn’t exactly sure this is necessarily a coaching problem.

Sep 2, 2012ballineurope
Powered by Sidelines
Share on FacebookShare on Twitter
This post was published on September 2, 2012
Cancel the wedding: Sasha Vujacic, Maria Sharapova splitMontenegro 72, Serbia 62: Déjà vu from Guess Who in fourth quarter