Streetball finals, dunk contest in the Netherlands this weekend? Redunkulous!

In case you happen to be in The Hague this weekend, you’ll want to take note of the Streetball Masters national finals and the second edition of the Dutch’s international dunk contest “Redunkulousity.” 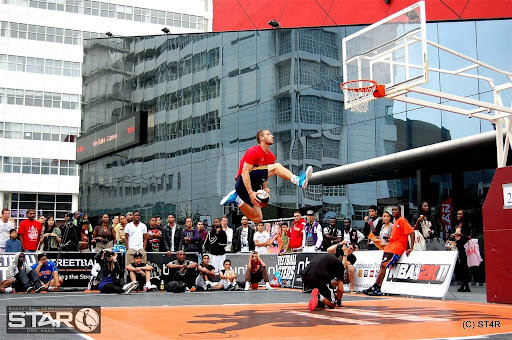 Also happening on Saturday as part of the festivities in the self-styled basketball capital of the Netherlands: The country’s NBA 2K12 tournament.

Aug 1, 2012ballineurope
Powered by Sidelines
Share on FacebookShare on TwitterShare on Google+
I jump, you jump, we all jump for iJump (basketball conditioning app)Imagery of the 2012 Olympics, as tweeted by basketball stars