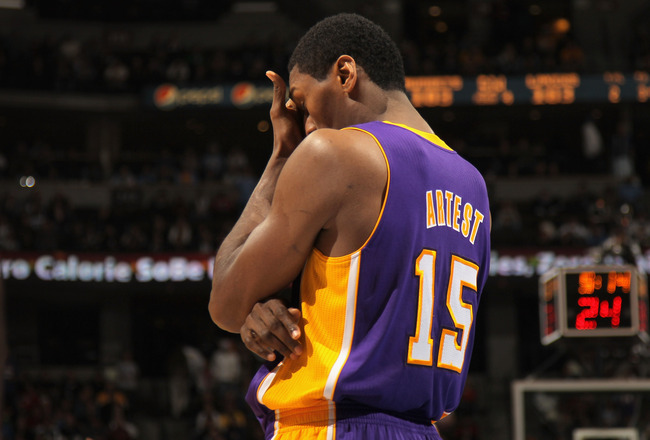 After capturing the blogosphere’s attention with yesterday’s reportage of Ron Artest, a.k.a. Metta World Peace, looking to options in the British Basketball League in case of an extended NBA player lockout, ESPN Los Angeles went straight to the horse’s mouth – or the horse’s agent’s mouth – to learn the truth.

Said agent David Bauman to the website, “Even though [playing in England] makes sense from a [convenience standpoint], it doesn’t make sense from a basketball perspective.” Bauman went on to declare that Artest does want to play some professional ball in 2011-12 and that “If we do Europe, it’s going to be Israel, Russia, Greece, Turkey, Italy or maybe France. … When we spoke about the lockout, Ron said, ‘Find me the best teams.’”

Bauman falls on the pessimistic side of scale in terms of how many NBA superstars will be playing in Europe for 2011-12, however: “I think any respectable European team will not sign a Deron Williams or a Ron Artest. They’ll look at the Sonny Weems or the [Darius] Songailas … and they’ll target those guys. Guys who are unrestricted and they won’t give an out to and say, ‘If you want to sign, you sign [for a full season].’”

(Was that a dig at Beşiktaş Cola Turka…?)

Jul 12, 2011ballineurope
Powered by Sidelines
Share on FacebookShare on Twitter
This post was published on July 12, 2011
A real jam goin’ down: Welcome to the EuroJamSummertime: BiE on brief vacation