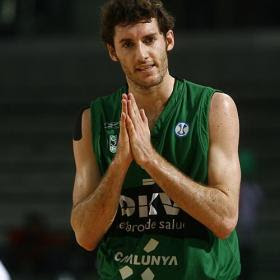 Fernandez: "¿Please can I go home?"

Despite the guard’s well-known recalcitrance to continuing with the Portland Trail Blazers, the team has officially picked up a fourth-year option on Rudy Fernandez’ contract thereby theoretically keeping the Spaniard on the Blazer payroll through 2011-12.

Trail Blazers GM Rich Cho stated that “there was never a question the Blazers would pick up th eoption on Fernandez, even though he has expressed a desire to be either traded or released.”

In fact, Fernandez on Friday night reiterated his desire to leave Portland and probably the NBA altogether when meeting with his agent Andy Miller. According to the Oregonian newspaper, “a personal issue back in Spain is the primary reason Fernandez wants to leave.”

Team France’s Nicolas Batum also had his option picked up by the club, a slightly more realistic reupping from the Blazers.