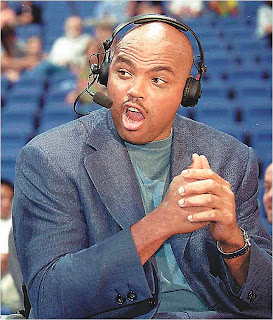 Last night across the Atlantic, most sports fans in the ‘States were tuned into that little game of American football known as the Super Bowl (presumably after watching the EuroRaptors and Orlando Magic take care of business in the afternoon, that is). For years, mucho hype has surrounded the mystique of the commercials shown during this, the most expensive air time of the year in US TV land: Companies spend tens of millions to launch new concepts, new slogans (anyone remember “Pepsi: Gotta Have It”?), new celebrity spokespeople, etc.

“Unfortunately,” the great majority of folks in Europe remain blissfully unaware of this bombardment of commercials … until now, that is.

During this year’s game, basketball fans were treated to a couple of ads starring some legends from their sport. First up is the LeBron James-Dwight Howard spot for McDonald’s, with a well recognizable script for anyone who was around during the Dream Team days … enjoy the ridiculous dunks and the punchline, which is truly laugh-out-loud funny.

This ad, on the other hand, featuring one of the guest stars in the 1990s McDonald’s H-O-R-S-E campaign, is shake-your-head sad. Really, if The Round Mound of Profound is really going to extol the virtues of this sort of, ahem, food, perhaps the commercial director shouldn’t be giving us the “benefit” of a full-body profile shot. I mean, isn’t Sir Charles supposed to be on a diet…?