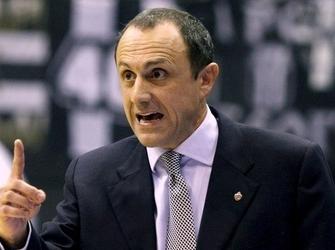 After taking four Euroleague titles, Ettore Messina now aspires to become an assistant coach? That’s the report from CNNSI in which the master muses that serving as an NBA assistant coach “would be interesting.”

Continued Messina in a phone interview with Ian Thomsen, “But I need first of all to see if I could be a good assistant after many years of not being an assistant. And then it would have to be made clear that I am not going there to steal anybody’s job.”

According to the article, “Messina plans to accept an invitation from San Antonio to spend eight days with the Spurs – and his former star at Bologna, Manu Ginobili – later this month.

“‘I’m really excited to see a couple of practices, some games, watch some films with the team, and of course to see Manu,” Messina said. “I’ve never had the opportunity to see Manu during the season.”