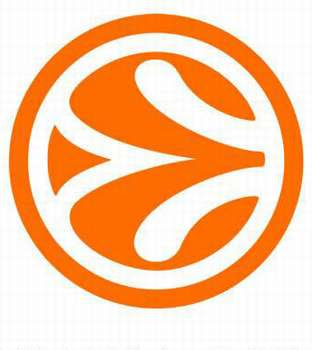 BiE still can’t claim to totally understand what’s going on in Euroleague basketball in 2010-11 (Real Madrid lost by how many? To *who*?) but at least some of the cream is rising to the top. This latest edition of the official BallinEurope power rankings should probably wait ‘til after some key games over the weekend – expect an update early in the week – so below runs a slightly brief rundown ranking ‘em all from 1 to 24.

1-2. Olympiacos (4-1 in Euroleague; 4-0 in EΣAKE)
Panathinaikos (4-1; 4-0 in EΣAKE) – Incredible to think that a season that began with what appeared to be a league-endangering strike has turned into (at least for now) a statement of Greek supremacy in European basketball. To think these teams won’t meet until January 8th at the earliest…

3. Maccabi Tel Aviv (4-1; 5-0 in Ligat HaAl) – Forget the Miami Heat, the Boston Celtics, the Los Angeles Lakers even (heresy); the best offseason was had by Maccabi Tel Aviv, which once again underwent a complete reboot, as the kids these days might say. Considering that these guys haven’t lost since opening day in Baskonia (and they’ve got a better-suited coach than Erik Spoelstra), you gotta love Maccabi’s chances right now.

4. Montepaschi Siena (4-1; 4-1 in Serie A) – Here are the Italian side’s point totals in the five EL games: 76, 75, 80, 68, 76. With remarkable consistency, if Siena can hold you under 80, they win. Siena is only 10th in the league in scoring but considering that the only teams jacking up fewer threes are Partizan Belgrade (22nd in overall Euroleague scoring) and Real Madrid (19th), BiE wouldn’t want to face MPS with anything less than a defense at full energy.

5-7. Zalgiris Kaunas (4-1; 3-0 in VTB United League)
Union Olimpija (4-1; 5-3 in Adriatic League)
Fenerbahce Ülker (4-1; 5-0 in TBL). The three biggest (positive) surprises in the first half; further indication of the weirdness of the 2009-10 season: Fenerbahçe was the last undefeated team in the Euroleague and going into this afternoon’s game with Beşiktaş Cola Turka, they’re on a 19-3 run spanning back to the 2010 TBL championship tournament. So does anyone doubt they’re only the sixth or seventh best team in the big league right now…?

The defending EL champions are now on a two-game losing streak, of which they’ve experienced one other in the past three seasons (in the ACB finals concluding last season), again at the hands of Baskonia. After going into calendar year 2010 having lost two games of 2009-10 by a total of three points, by mid-November this year, they’ve gone down four times by at least seven each time.

Baskonia leads the ACB at a nice 7-1, but is a lowly 2-3 in the ‘League after dropping three consecutive winnable games. Unicaja escaped with a four-point win against Brose Baskets after hanging an impressive 104 on Lottomatica Roma; last night, they fled 12th place Menorca with an ugly 58-57 win.

And just when you think Ettore Messina’s focusing on the here and now, Real Madrid goes and rolls over for Spirou Charleroi in perhaps the worst performance in EL play by anyone since week one if not for 2010-11 altogether. You figure this bit of the rankings out and get back to me.

13. Partizan (3-2; 3-4 in Adriatic) – Already exceeding expectations once again. Wait ‘til Jan Vesely announces he’s forgoing the NBA for another year of ball in Europe and Partizan rehires Coach Dusko: A monster in 2011-12 in the making.

14. Cholet Basket (3-2; 5-2 in LNB) – Forget how hot this team’s looking with three straight wins; when was the last time a player from any French squad was Euroleague week MVP?

15-17. Brose Baskets Bamberg (2-3; 9-0 in Bundesliga)
AJ Milano (2-3; 5-0 in Serie A)
CSKA Moscow (1-4; 3-0 in VTB; 3-0 in Russian Superleague PBL) – All tops of the table at home, all offering different levels of disappointment for the fans in Euroleague play. Bamberg is hardly a lost cause, particularly with the win against Olympiacos in the scorebook, but the 69-65 defeat by Unicaja may yet prove to have been a must-win game. Despite steamrolling the Italian competition, Milano is up to their ho-hum play in Euroleague, having dropping both EL home games thus far. And CSKA? BiE’s now beginning to believe that Vujocevic is still on the Partizan payroll and secretly subverting the Russian side…

21. Lietuvos Rytas (1-4; 1-2 in VTB) – By Jonas Vainauskas’ reckoning, it’ll take about four wins to advance from Group C. Right now, two seems like a bit of a stretch.

22. Power Electronics Valencia (1-4; 1-6 in ACB) – Note to Euroleague officials: You might want to reconsider the whole five-teams-from-Spain thing next season.

23-24. Asseco Prokom (0-5; 2-2 in VTB)
Cibona Zagreb (0-5; 3-4 in Adriatic) – Philosophical question: Would things be any different for Cibona if they’d just paid attention for a few seconds longer last summer?