Playing with money: Are some European NBA players worth it? 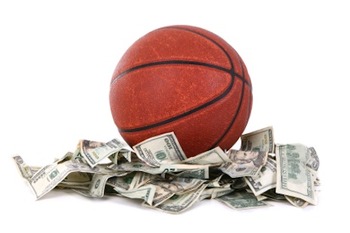 Finally blessed with a bit of time to peruse ESPN’s compelling financial stats as presented in its magazine’s “All About the Money” issue (check them out if you haven’t already; big numbers are fun!), BallinEurope just couldn’t help, well … noodling around with the numbers some more!

Over at the big network’s Chicago Blackhawks blog, links to table of various athletes’ salaries is presented, after introing with, “A list of the best-paid athletes from 182 countries reveals some surprising salaries and begs the question: Are they worth it?”

Well, are they? Let’s play…

In the amazing “Best-paid athletes from 182 countries” list, a neat 11 European basketballeros make the cut (though included are slight stretches in Mickael Pietrus, who represents Guadeloupe but plays for Team France in FIBA competition, and Team Britain’s Luol Deng, listed under Sudan). Ten of these 11 draw their salaries from NBA teams and are joined by Theo Papaloukas, who becomes not only one of the greatest never to play in America’s league but also one of the highest-paid non-NBA players ever by earning his Euros with Olympiacos.

The salaries of the 11, as reported by ESPN are as follows:

ESPN also handily reported the GDP per capita of each athlete’s nation, but why no spreadsheet? Have no fear, BiE is here! Though BiE ain’t gonna give you a spreadsheet, here’s what the 11 look like when reassembled in terms of salary/GDP:

BiE can just imagine Zaza’s handlers come contract negotiation time: “Yes, he makes $4 million a year, but that’s less than 1,700 Georgians! Now you know as well as I do that Kirilenko’s making over 2,000 Russians in Utah; my client must be worth at least 1,900 Georgians…”

In terms of most bank for the bank, BiE simply divided the 10 NBA players’ salaries by their NBA efficiency rating. And the bargain bin turns up some interesting value shopping, indeed: Looked at from this perspective, isn’t Peja making a bit much? In fact, if we are to believe the dictum “time is money,” the most important ratio to calculate could well be that of simple hourly wage. Here’s how much clubs paid per minute of court time for the rich 11, after reintegrating Papaloukas into the list:

Considering the last two lists, is it too late to begin a “Luol Deng for MVP” campaign…? It’s hard to believe $11.3 million-plus could ever be called cheap…