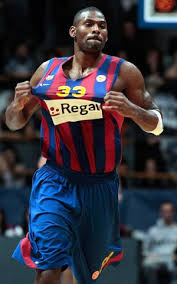 What is the Mickeal Difference?

Tomorrow night will see game five of a series that has lived up to its billing as another “El Clasico.” After dramatic moments aplenty (yes, there will be clips), Real Madrid will head to the Palau Blaugrana for a decisive showdown with longtime rivals FC Barcelona.

The folks over at Liga Endesa headquarters have crunched a few numbers, sprinkling the results with a dash of numerology, on the first four games of the series. Stat geeks out there may want to consider the following.

• The 81-Point Threshold and the 29 Rule
In this series, at least 81 has proven to win in this series; game one and four, Barcelona won 81-80 and 81-75, respectively. More compelling is the “29 Rule” in this series, i.e. the first team to 29 points wins the given match. It should be noted, however, that both Barcelona in game one and Real in game two would have to come back in the fourth quarter after getting overtaken at 29.

• The Navarro Factor
Once again, as goes Juan Carlos Navarro, so goes FC Barcelona. A marked contrast colors Navarro’s numbers when comparing the Barça wins to losses. One indication of defeat early on tomorrow night: Barcelona’s dependence of his three-point shooting. In the first three games, Barcelona went an uncharacteristically awful 18-of-69 (26%) as Navarro was just 6-of-18 – including 4-of-9 in the game one win. Game four? Barcelona went 10-of-20 while Juan Carlos did more facilitating and took only one shot from beyond the arc. 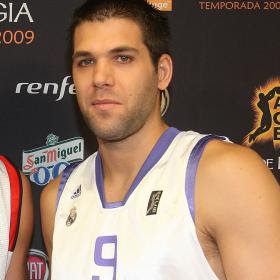 Reyes, Captain of the glass

• Tomic, Rodriguez and Carroll’s +/-
Speaking of +/-, telling is the statistic for this Real trio. Simply put, if these three players are on the plus side, Madrid wins. The numbers are as follows.

• Real’s offensive rebounding
In each of two wins, Madrid notched 13 offensive rebounds; in the losses, 17 total. Could Felipe Reyes – with eight ORs total in the Real wins – be the deciding factor?

Also of note: game four marked the first in this series in which Barcelona won the battle of the boards. Quite interesting in that this season Los Blancos management was no longer obsessed with competing against the Blaugrana’s big men and turned instead to a point-a-minute offense…

• The Difference Mickeal Makes
It’s easy to see that Pete Mickeal can still dominate a series like this one by considering his games one and four in this series: The stats read 17 points, five rebounds, 23 performance index rating in 32:29 and 13 points, eight boards, 22 PIR in 34:23 – fair enough. But consider that Mickael has played in 14 ACB championship series games in his career; his side is 5-0 when he manages a PIR of 18 or more and 1-8 when he’s below 18.

Right, here come some highlights for you. Enjoy once more Marcelinho Huertas with quite possibly the Eurocentric buzzer-beater of the year in game one; the game two Madrid victory in which nearly everyone contributed; and Barcelona’s season-saving game four march fueled by another monster performance from Erazem Lorbek – yeah, the San Antonio Spurs really need this guy.

Jun 15, 2012ballineurope
Powered by Sidelines
Share on FacebookShare on Twitter
This post was published on June 15, 2012
Who's the greatest, Lebron or Kobe? Don’t argue, it’s useless…Block – no, blocks – of the week: Ibaka takes out Wade, then Lebron