Fun to be at the C-S-K-A: Euroleague Final Four fight songs 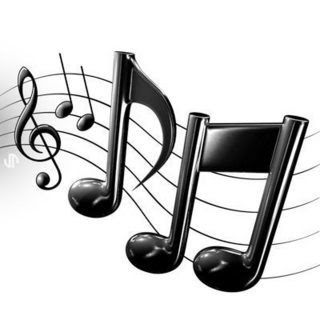 One area in which European basketball has it all over the American game? Fight songs! Indeed, this is one bit of international sporting lore that is mostly missing from stadia and arenas all across the U.S., a few more rabid university fan groups notwithstanding.

Before anyone from the other side of the ocean can complain, however, please allow BallinEurope to acknowledge that many an American fan can sing his team’s fight song in his/her sleep and American football in particular has produced quite a few dandies, from “the Notre Dame Victory March” to the dandy old “Houston Oilers No. 1” to all-time classic adaptation of “When the Saints Go Marching In” for New Orleans’ fans’ purposes, there simply is nothing to compare to a frenzied crowd of thousands lustily stretching their lungs to the strains of a stirring anthem which drowns out all thought in the arena (and even outside) – and they do it over and over and over again.

With the Euroleague Final Four approaching and its slots filled by squads with no lack of history ‘n’ tradition, BiE today takes a closer look (listen?) at the big quartet’s fight songs; practice the lyrics and play along in Paris!

• FC Barcelona, “El Cant del Barça”
One common mistake made about the Barcelona theme song by those not in-the-know is assuming that these lyrics are in Spanish, but there’s actually Catalan. The lyrics of the club anthem (surely well known by many a European football fan) are below; English translation follows in parentheses.

Jugadors, seguidors (Players, supporters)
Tots units fem força. (United we are strong.)
Son molt anys plens d’afanys (We’ve achieved much over the years)
Son molts gols que hem cridat (We’ve cheered many goals)
I s’ha demostrat, i s’ha demostrat, (And we have shown, we have shown)
Que mai ningu no ens podrà torcer. (That no one can ever break us.)
Blaugrana al vent (Blue-and-claret blowing in the wind)
Un crit valent (One valiant cry)
Tenim un nom el sap tothom (We’ve got a name that everyone knows)
Barça, Barça, Barça!

If you’d like to learn “El Cant del Barça” karaoke-style, click here. You’ll have it down in no time.

The Reds’ fan anthem certainly is stirring, BiE’ll certainly give the club that. It’s just that, well, Babel Fish merely babbled at the prospect of translating this one and BallinEurope may have single-handedly taken down Google translate for a week. If anyone can provide something (anything) of an English-language version of this, you’ll have my undying gratitude. Clearly, there’s something about “My great love, my Olympiacos” in there several times…

The lyrics in the original Greek go as follows.

• Partizan Belgrade, “Gde god ti da igras”
As in so many areas, Belgrade’s Black-and-White fandom may have this market cornered. The amazing simplicity and incredible sound of Partizan’s “Wherever You May Play” creates a pure shock-and-awe atmosphere that has blown away Pionir newcomers from Adam to Bo McCalebb.

Here are the magic words:

All right, so putting six lines of lyrics on the page kinda strips the power of the musical force of the thing. So here’s a well-produced version, albeit seemingly performed by a football crowd:

What’s that? Still not impressed. Right. Imagine playing in the below maelstrom of pure “Gde god ti da igras.”

• CSKA Moscow, the mix tape
So what happened to the CSKA anthem? Did this one go out with the communist era? Moscow fans, please advise here, because a good two hours of internet searches in a couple of alphabets turned up nothing. Unless you reckon this is good enough; it certainly gives that hip European feel, BiE can say that…

In lieu of more public access to an anthem, the Red Army has generously provided a huge megamix of songs that have made up the club’s unofficial soundtrack through the years. Personally, BiE thinks thousands of CSKA supporters signing “Mack the Knife” (the Oksana Mysina version, of course) en masse would be awesome.

May 3, 2010ballineurope
Powered by Sidelines
Share on FacebookShare on Twitter
This post was published on May 3, 2010
Göttingen Violets take Eurochallenge, Rochestie named MVPUpdate: How to sing along with Olympiacos