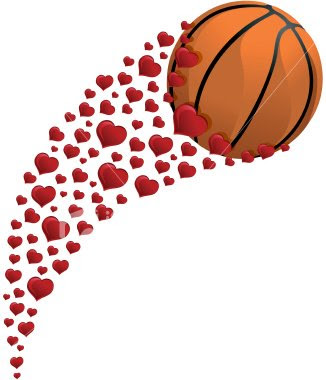 While much of the basketball-loving world was distracted by the squall of opening-round NBA playoff games, the roundball game nevertheless played on in leagues throughout Europe and beyond. Of course, this lead-in mainly serves as an excuse to justify running the below handful of highlights, links and pithy bon mots to (help you waste some time on Monday morning) get your week started correctly (and by “correctly,” BiE means in part ignoring that 109-100 win by the New Orleans Hornets).

• First up, congratulations from BallinEurope go out to Unics Kazan, who became the first unlicensed team to officially join the 2011-12 Euroleague ranks with a decisive 92-77 victory over Cajasol Sevilla in the ULEB Eurocup championship match. Maciej Lampe contributed a huge effort with 26 points and 11 rebounds, while Kelly McCarty went for 18 and Terrell Lyday put in 15. But it was Marko Popović who was named MVP for dishing out a Eurocup championship record 11 assists to go with his 18 points.

• Mostly because BiE digs its slick production values, below runs a nicely packaged clip of Deutsche Bank Skyliners’ 78-60 win over Bonn yesterday. With one week to play in the Bundesliga, the Skyliners are now ensconced as the no. 2 seed in the eight-team playoffs. Rounding out the top six are Brose Baskets Bamberg (31-2); Alba Berlin (23-10); Artland Dragons (22-11); New Yorker Phantoms Braunschweig (19-14); and EWE Baskets Oldenburg (19-14).

The German playoffs begin on April 30.

• And you know there had to be wackiness in Spain yesterday … sure enough, there was Real Madrid, having spent most of the season clawing its way back up to rival Barcelona’s top spot on the ACB table, losing to 11th-place Zaragoza, 86-84.

• Speaking of ACB ball: In case you’re wondering what happened to red hot Jaycee Carroll of Gran Canaria 2014, well, the news ain’t spectacular. Carroll chased up back-to-back 30-point performances by contributing 18 points in the Canaries’ 79-74 win over Lagun Aro GBC – but on dismal 5-of-14 overall shooting.

• Ah, the wonder of YouTube! Every day you can learn something useful! Like in the below clip wherein young basketballers are shown exactly how not to show off while dunking.

• What is basketball? Euroleague TV last week introduced a quasi-campaign in which the question was posed to the big league’s stars. According to BiE’s count, just under half (48.6%) of those polled defined “basketball” as “life.” Another 14% equated basketball with “love,” while “passion” was the third most popular choice.

• And on that note, here’s how Moses Guthrie defines “basketball.” Have a funky week, BallinEurope readers!