Rumors: Eliyahu back to Maccabi; Bjelica, Haislip to Baskonia 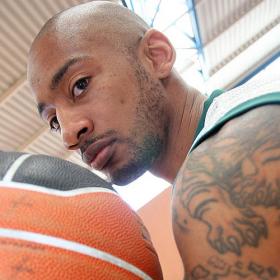 Baskonia fans had better brace themselves for a minor flurry of roster moves in coming days, as Lior Eliyahu may be returning to Maccabi Tel Aviv with the arrival of Marcus Haislip – plus Nemanja Bjelica’s coming aboard as well.

Spanish media, via Israel-based Haaretz, this morning reckons that hometown boy Eliyahu is “expendable” with the impending/completed signing of Panathinaikos’ Marcus Haislip. The logical choice for Eliyahu thereafter would be Tel Aviv, the team with which he had played for three seasons.

As for Haislip, nothing official has been announced by Euroleague, ACB or Caja Laboral Baskonia sources. However, NBA Draft Examiner and others are also reporting that the former Milwaukee Buck-to-Baskonia is a done deal. The Examiner also goes on to state that prospective Minnesota Timberwolf/Team Serbia Bjelica will be heading to Baskonia after a would-be deal with Olympiacos fell through.