NBA players to Europe: Weems will, Kirilenko could, Radmanovic might 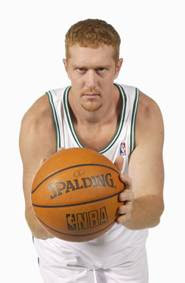 That rhythmic pounding you hear over the basketball world? It’s the sound of the clock ticking as many an NBA player gets antsy awaiting a seemingly unreachable resolution to the player lockout in the big league. We’re only three days into the NBA’s first work stoppage since 1998 but with European ball a much more attractive alternative to that of the ‘States than it was 13 years ago, many are looking to The Continent and a few are getting ready to join Atlantic jumpers like Nenad Krstic and David Andersen.

Last night, wires began reporting that Sonny Weems of the Toronto Raptors has already reached an agreement in Europe. Though reports “did not specify which team Weems would play for,” sources indicated that “Weems is in the process of signing a one-year contract and will remain in Europe for 2011-12, even if owners and players were to find a way to solve their differences and salvage the NBA season.”

Weems is currently in Spain with fellow Raptor Jose Calderón at a youth basketball camp, immediately leading BiE to speculate that Weems will be playing for some ACB side in ‘11 – perhaps Caja Laboral Baskonia, with whom Calderón played for five seasons…? The presence of DeMar DeRozan at said camp also makes one wonder about this possibility.

From the superstar sphere, Pau Gasol can hear the ticking of time, but is clearly not making any definitive decision yet. In contrast, Andrei Kirilenko seems to have a solid plan – two solid plans, really.

On Friday, Russia-based Sport Express ran an interview with AK-47 in which the Jazz man stated that, “As of July 1, I am free agent and I can decide my future. I could play in Europe next season but my priority remains the NBA. I think I can play at high levels for three or four more years. But the most important thing is that my future club will support me and believe in me. Trust me, I don’t pay too much attention on money or the targets of the team.

“Another important thing is that the city has to be comfortable for me and my family. I would like to play in Europe and finish my career overseas. But I will sign only a multi-year deal: I don’t want to go to Europe for just one season. Utah is my first option. I have played there 10 years. And, to be honest, there are some franchises in NBA where I would love to play…”

Clearly, the most obvious choice for Kirilenko would be to do a hitch with CSKA Moscow, but the way the Red Army has been laying out the Euros in their reloading effort this offseason, one can’t imagine having more funds. On the other hand, just imagine a roster than includes Kirilenko, Krstic, Milos Teodosic, Darjus Lavrinovic, and Ramunas Siskauskas: Think they’d be the Euroleague favorites going into the season…?

Brian Scalabrine, formerly a member of the championship Boston Celtics, is one of the few to have publicly set a personal deadline for his European decision.

Scalabrine told the Chicago Tribune on Friday that “if in the next 15 days [the situation is] still kind of like it is now, I’m just going to Europe and play. … I support the players and the union and want to see the [NBA] game stay great. But at the end of the day, with two years or so left of playing basketball, I’m not interested in watching billionaires fight. I just like the game too much. I like the camaraderie. I like to play. So why not do it in a great city in Europe and educate my family?” Radmanovic to stay home in Serbia?

BiE loves the attitude there; plus maybe Scal can educate his teammates in the principles of Ubuntu as well.

Vladimir Radmanovic, a member of the Los Angeles Lakers squad vanquished in the NBA championship by Scalabrine’s C’s in 2008, is currently hanging out in his Serbian home with an expiring contract from the Golden State Warriors – and hinting that he might be playing some Serbian Superleague ball come fall.

Said Radmanovic to the San Francisco Chronicle: “I was never playing for one last [NBA] contract. Let them argue. I might be over here, playing basketball.” For Partizan Belgrade, perhaps…?

Finally, an Associated Press report states that Radmanovic’s former teammate and current New Jersey Nets guard Sasha Vujacic is certainly open to ideas while thinking about both Europe and China: “Definitely, as players, we’ve got to look at other opportunities,” he said.

And European basketball fans should surely be looking at the NBA lockout as a serious opportunity to bring some big guns over here.

Jul 3, 2011ballineurope
Powered by Sidelines
Share on FacebookShare on Twitter
This post was published on July 3, 2011
Jaka Lakovic signs with Galatasaray Café Crown (who oughta be in Euroleague...)EuroBasket Women: A “huge moment” for Turkey against Russia