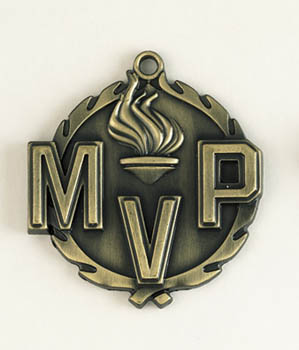 In the interests of complete transparency – hey, somebody in Hungary should aspire to such – BallinEurope today presents the outcome of a heavy Euroleague basketball-watching habit plus several hours of intense thought: Namely, the five names that went onto BiE’s media representative’s ballot for 2011-12 Euroleague MVP.

Since there’s no way the chosen quintet will make anybody completely happy – even though surely the top seven or eight (depending how you feel about certain American imports in Lithuania) individual performances in the 2011-12 ‘League would surely be agreed upon by the great majority of Euroleague fans – BiE will explain the thought process behind the vote and show the initial list of 25 from which the five players receiving points were winnowed. (Bonus: YouTube clips, natch.)

In backwards order, then…

• Toughest omissions – Henry Domercant, Erazem Lorbek and Sonny Weems. Each was so emblematic of their teams in 2011-12, with Domercant and Weems veritably carrying their clubs at times to unexpected Euroleague success. Unics Kazan got attention early in the regular season with a few monster performances by Domercant – including the amazing 30-point, seven-rebound show against Montepaschi Siena in the opener – but Bad Henry actually became more consistent and more well-integrated into the Kazan offense as the team’s season progressed.

Weems kept the overachieving Zalgiris Kaunas afloat – and more – after Ty Lawson returned to the NBA post-lockout, plus gets bonus points for performing among the more YouTubable in European ball. Keeping Weems off the ballot were a couple of off-games in the Top 16 round which may have ultimately kept the Greens out of the semifinal round – and the man did turn over the ball the second-most frequently in the EL, too…

Most notable about FC Barcelona – even more so than in previous years of title glory – is the team’s incredible defenses. Lorbek has controlled the paint on D to make the Blaugrana’s zone traps even more effective and together with Pete Mickael has been triggering fast breaks off the boards while playing in all 19 Euroleague games. Plus, what if someone had told you at season’s beginning that the leading scorer for 2011-12 on Juan Carlos Navarro’s team would be the big Slovenian?

Tough to leave off this expectation-scattering trio, one and all…

• 5. Nenad Krstic, CSKA Moscow
After not exactly fitting into the Boston Celtics after an ill-advised trade with the Oklahoma City Thunder late in 2010-11 and reading the writing on the wall vis-à-vis the player lockout, Krstic may have been the first NBA refugee headliner to sign in Europe. And whoa, has the investment paid off for CSKA Moscow. In Krstic, the Red Army has the ‘League’s no. 1 in accumulated performance index rating, no. 2 in average PIR and no. 5 in points scored – with a shooting percentage of just under 64% overall. A big man among the big men at Moscow, Krstic had to get on the ballot.

• 4. Bo McCalebb, Montepaschi Siena
• 3. Dimitris Diamantidis, Panathinaikos
• 2. Vassilis Spanoulis, Olympiacos
BiE swears that with each coming year, the playmaking guard becomes even more disproportionately important to European and/or international success. Case in point, these three guys in 2011-12; first, the statistical highlights for each:

Bear in mind all are in the top five in average index rating behind a couple of dudes on CSKA Moscow and that none of three have missed a single game for their teams – now who do you choose? The reputed “fastest man in Europe” and Euroleague top scorer who can lead break after break though doesn’t have the best eye for the open teammate (Gee that’s kinda 2003-04 Kobesque)…

…or do you go with BiE’s selection from among the three, i.e. the “rock in the middle of that roster … on whom all the Reds could rely” with a career year on the only surprise in the Euroleague Final Four?

• 1. While deciding among the 2 through 4 and 5 through off-ballot positions was difficult, the top choice was the opposite. Yes, BallinEurope went for that most polarizing (only the basketball gods know why) player of 2011-12, Andrei Kirilenko of CSKA Moscow.

Forget what you may think about his consistent-if-not-mindblowing tenure with the Utah Jazz and the virtual all-star squad CSKA management set him up with in the 2011 offseason: The AK-47 has had a monster year. His average PIR of 24.07 per game played is more than 19% better than the nearest competitor (Krstic) – such a mark is currently the 15th best for a single season in the modern era and would be the highest by any player advancing past the regular season since Anthony Parker for Maccabi back in 2004-05. And while he’s “only” ranking seventh in ppg at 17.0, he’s tops in rebounds and blocks plus no. 2 in steals, making him the sole player even close to the top 10 in those four statistical categories.

To say Kirilenko did it all in 2011-12 (short of helping CSKA bag that EL title, plus also maybe the VTB United and PBL trophies) would be an understatement blown away early in the season. By week five, haters should have been silenced by his sick 17-point, 15-rebound, five-assist performance at Zalgiris Kaunas in the league opener or awed by the odd 2-for-3 shooting night that earned a massive 39 PIR against Unicaja Malaga while Kirilenko gave up the body in very un-NBA fashion for seven fouls drawn and 13 FT attempts.

Yes, Kirilenko missed five Euroleague games and yes, CSKA went 5-0 in that run, but BiE dares say that no single player in the 2011-12 EL became the center of focus every minute he’s on the floor the way that this season’s prospective MVP did – four player-of-the-week awards should prove it.