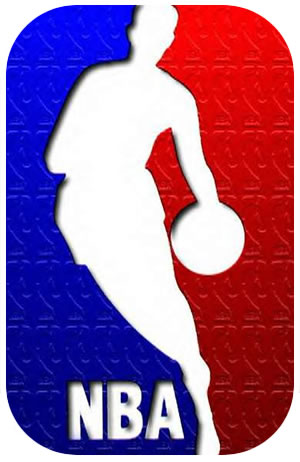 With the 2010-11 NBA season tipping off tonight, BallinEurope marks the occasion in the best way possible: By overrating the league’s Continental players and making a few offhand Fearless Predictions™ in the guise of a preview column.

Southwest Division
Some folks are calling the 2010-11 edition of the Dallas Mavericks its strongest team ever; it’s also a pretty good Team France embryo, with Ian Mahinmi, Alexis Ajinca, and last year’s sensation Rodrigue Beaubois helping make up Dirk Nowitzki’s posse. Unfortunately, the Western Conference may be tougher than Western Europe this year…

Meanwhile, how can the San Antonio Spurs be going into this season as an afterthought by most pundits? BiE herein reiterates what every Euroleague and/or ACB enthusiast already knows: that the international player having the most impact in the NBA in 2010-11 will be former Caja Laboral Baskonian Tiago Splitter – and with a perfect mentor in Tim Duncan and perfect coach in Gregg Popovich, the future of the Spurs begins now – even if that future doesn’t necessarily include New York-bound Tony Parker.

While Pau is still in the league, Marc Gasol figures to be known as the little brother. But with his Memphis Grizzlies fostering young talent in O.J. Mayo, Rudy Gay and Mike Conley, BiE’s thinking Marc will be looking good enough statistically to place him with big bro on the Western All-Stars.

Marco Belinelli, D.J. Mbenga and Pops Mensah-Bonsu: Three guys who just wanted badly to play in the NBA. And this year, they’ll get their chance to do just that alongside Peja “Methuselah” Stojakovic on the New Orleans Hornets.

Northwest Division
Well, the Minnesota Timberwolves may not have the best European players in the NBA, but they certainly have some of the most notorious. Alongside holding the rights to the most famous basketball player not in the NBA, T-wolves GM David “Wrath of” Kahn also re-signed impossible-to-hyperbolize draft bust Darko Milicic to a gazillion-dollar contract based on a 26-game stint with the club during which Minny went 2-24; Nikola Pekovic is also aboard, which at least gives the Timberwolves a physical presence unseen here since Kevin Garnett left, not to mention one badass bit of inkwork.

Stop BiE if you’ve heard this one before: The Utah Jazz are back with Jerry Sloan as head coach and are led by Andrei Kirilenko and Mehmet Okur. Hopefully, this will be the year for Kyrylo Fesenko to get more quality time, too. With Okur, Fesenko, Al Jefferson and Holland’s Francisco Elton on the roster, the Jazz can play ball with the Western Conference’s bigger teams this year. Another playoff bid seems likely.

Portland Trail Blazers fans have certainly become disenchanted with Rudy Fernandez by now; the only question is when he leaves the team (perhaps in a six-team deal involving ‘Melo and/or Tony Parker?). Portland fans will just as certainly be keeping a close eye on Team France’s Nicolas Batum, one of the many rising stars on this team’s roster.

The worst news for Lakers (and Spurs and Blazers and Rockets, etc. etc.) fans on draft night vis-à-vis the scary Oklahoma City Thunder? That they’d juked the Atlanta Hawks out of Tibor Pleiss of Germany. The best news? Pleiss will be playing in Germany this year. For European flavoring, the Thunder will have to “settle” for returning two starters in Serbia’s Nenad Krstic and Switzerland’s Thabo Sefolosha. Be afraid; be very afraid.

Pacific Division
Who else can’t wait to see the returned Josh Childress running with Steve Nash – not to mention last year’s playoff phenomenon Goran “The Dragon” Dragic? Once again, the Phoenix Suns look to be another take on the point-a-second theme that gets bounced in the playoffs. So kinda like an American Montepaschi Siena. Oh, and Hedo Turkoglu’s onboard and could be an asset, crummy work ethic aside.

Beno Udrih and Omri Casspi are back to lead the Sacramento Kings this season – lead them in the continuing development of DeMarcus Cousins and Tyreke Evans, that is.

For the Golden State Warriors, Andre Biedrins looks to come back from a frustrating season of nagging injuries while Vladimir Radmanovic fights to stay relevant – with both laboring in San Francisco, think anyone’ll notice?

Then there are the Los Angeles Lakers. Has any defending champion – after making improvements in the off-season, mind you – been so underrated going into an NBA season? Well, there’s one player on this Laker squad who’s been underrated for long enough and will single-handedly will the purple-and-gold to another threepeat: Your 2010-11 NBA Championship Series MVP Pau Gasol. (No, really, he’s gonna win it. Mark BiE’s words.)

Atlantic Division
The New York Knicks and Toronto Raptors (of course) are among the most European-blessed in the league and … could Danilo Gallinari become the go-to guy in New York (at least ‘til Carmelo Anthony comes over)? In the first two months of 2009-10, Gallinari was seeing under 30 minutes of playing time; by season’s end, his shooting was up to 43.5% and his average ascended to 22.4 points in 39.5 minutes per game for March.

Knickbocker backers will also love former CSKA Moscow charge Timofey Mozgov by the break when he’s named to the Freshman All-Star Team. Kelenna Azubuike managed to stick around in New York despite a plethora of shooting guards, but with an injury may be out for two months. And Ronny Turiaf clings to a spot in the 15-man roster as well.

Meanwhile, the greatest European team in North America gears up for another high-shooting, low-impact, medium (at best)-result producing season. The 2010-11 Raptors will be running with Linas Kleiza (whom BiE suspects won’t miss a beat after a season in Greece), Jose Calderon and the ever-emergent Andrea Bargnani running with David Andersen and Leandro Barbosa … without a bona fide marquee name, the Raps may be best off playing with an all-foreign quintet out there. Bombs away!

Kudos to the Boston Celtics for sticking with Turkish big man Semih Erden, the first foreigner the C’s have sported since the “glory days” of Wally Szczerbiak, namely 2006-07. However, the Greens start the season with Erden on the injured list and have only 11 active players for tonight’s game, meaning notable Olympiacos player Von Wafer may get a few minutes in the 2010-11 NBA season after all.

It looks as though Mikhail Prokhorov’s New Jersey Nets will start the season with Johan Petro as Brook Lopez’ understudy, though the Frenchmen on whom local media are so-so will have to watch out for stud-in-training Derrick Favors eating away at his minutes in the five spot.

And for the Philadelphia 76ers, Lithuania’s Darius Songalia comes over from New Orleans. No matter, here’s an easy Fearless Prediction™ for ya: BiE says Songalia should be good for about seven points and 20 minutes per game in 2010-11.

Central Division
Have the Chicago Bulls locked up the best European 4-5 combination in the NBA in Joakim Noah and Omer Asik? How can you not love that duo as a Bulls fan? Is this the season Noah finally gets an All-Defensive Team nod? BiE’s answers: Yes, you can’t not, and yes.

Meanwhile, the Euroleague hurricane (as in, he blew through and then blew out) Brandon Jennings leads that exciting, diverse bunch called the Milwaukee Bucks again. Ersan Ilyasova, who certainly could have gotten some NBA Comeback Player of the Year votes had anyone noticed this was in fact the same skinny dude who couldn’t quite hang with the Bucks in 2007. Ilyasova’s statline will certainly improve this season, too, since he should be getting more than the 23 minutes per game he got in his return bid last season.

Southeast Division
After spending the ridiculous amount of money they did on Joe Johnson, it’s no wonder Pape Sy (still trying to figure out that particular draft pick, along with the whole Tibor Pleiss-to-Oklahoma thing) remains on the Atlanta Hawks’ extended roster for opening day. And with one of the shortest rosters in the NBA, sporting just one seven-footer and four of 6’10” or greater height, Zaza Pachulia might see his most action in an NBA uniform yet.

One of the most intriguing of the European rookies is Kevin Seraphin who had planned on using the 2010 FIBA World Championship tournament as something of a showcase for his new team the Washington Wizards until injury befell him. While Seraphin will most likely stick around on the club through the season and Wizards management loves his potential, we probably won’t see much of the Frenchmen until later in the season; said Flip Saunders, “When we drafted him, we knew that his first year was going to be a learning process for him, not only to learn the NBA game, but also learn the language.”

Boris Diaw did not end up moving from the Charlotte Bobcats to the Utah Jazz in the proposed four-team Carmelo Anthony trade; BiE’s not sure whether Diaw considers this good news or bad news … incidentally, what sort of look are the Bobcats going for with this group of shoot-last guys? The Ready-Contractable?

If there’s one team that should have a chip on its shoulder going into 2010-11, it’s the Orlando Magic. BiE awaits – like most basketball fans – the first Magic-Heat battle. While it seems that even the Miami Thrice have no answer to Dwight Howard, Marcin Gortat will certainly be called upon to expand his standard range against the bigger (or badder) squads. Mickael Pietrus is also with the Magic for another season.

Finally, there’s that monstrous Miami Heat team lurking in the Southeast, presumably made great by the signing of one veteran player upon whose big soldiers a city’s hoops fans’ hopes are placed. Welcome to South Beach, Zydrunas Ilgauskas!