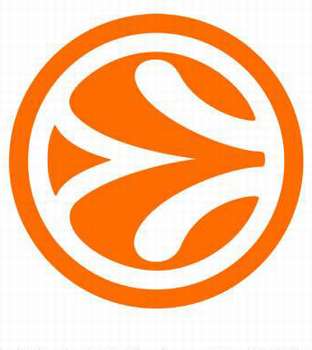 Well, at least BallinEurope got one of ‘em right…

In Vilnius, it wasn’t so pretty or high-scoring, but Galatasaray used a couple of scoring runs and outlasted Lietuvos Rytas to become the third TBL team in the 2011-12 Euroleague season in its first-ever bid in the big league … by the way, does this make the Lithuanian side the outright favorite to take the 2012 Eurocup title or are we still thinking Beşiktaş?

An excerpt from the league’s official writeup and highlights via Lietuvos Rytas TV follow.

(Euroleague) – Galatasaray overcame Lietuvos Rytas, 71-63, at Siemens Arena in Vilnius, Lithuania, to advance to the Turkish Airlines Euroleague Regular Season for the first time in club history. Galatasaray trailed early, but used a 13-2 run to take a 30-28 halftime lead and continued to add to it throughout the second half. Head coach Oktay Mahmuti’s men will play in Euroleague Group D with Asseco Prokom, FC Barcelona Regal, Montepaschi Siena, Unics Kazan and Union Olimpija.

Preston Shumpert paced the Galatasaray attack with 14 points off the bench, Josh Shipp and Luksa Andric added 12 apiece and Jaka Lakovic tallied 10 points and five assists for the winners. Renaldas Seibutas scored 11 first-quarter points for Rytas, but quieted after that and finished with 15. Goran Jeretin added 12 and Steponas Babrauskas had 10 in defeat. Rytas will compete in the Eurocup this season, a competition it won just two seasons ago.

Later last evening, Spirou Charleroi Basket stifled shocking CEZ Nymburk – at one point late taking a 30-point lead – in front of their fans to return for another Euroleague regular season. Spirou is now 6-0 the past two seasons in the Qualifying Round, with all six games played on its home court.

No clips from this match appear to be readily available online (whassup with that?), so you’ll just have to make do with the official Euroleague writeup below.

(Euroleague) – Belgacom Spirou Basket established itself as the king of qualifying for the second year in a row by routing CEZ Nymburk 79-53 at the Spiroudome in Charleroi, Belgium, to advance to the Turkish Airlines Euroleague Regular Season. The Belgian champs pulled away in the second quarter to take a 34-21 halftime lead and never looked back as the margin crossed the 30-point mark in the fourth quarter.

Eugene Lawrence paced Nymburk with 10 points. The Czech champs, who impressed Saturday by knocking out BC Khimki Moscow Region, never got on track against Spirou. In addition to its shooting woes, Nymburk was also outrebounded, 48-32. Head coach Ronen Ginzburg’s men will now play in the 2011-12 Eurocup Regular Season.

Welsch opened the scoring with a fastbreak layup for the hosts, who soon got another just like it from Justin Hamilton. When Tornike Shengelia banked in a runner, Spirou was up 6-0. Petr Benda broke Nymburk’s drought with a tip-in, but it was clear already that Spirou planned to rev up the tempo to test Nymburk’s energy reserves on its third game in as many nights. Beghin owned the inside with back-to-back baskets for a 10-2 Spirou lead and a quick Nymburk timeout. Tre Simmons hit his first basket after that, and soon Lawrence got on the scoreboard, too, cutting the difference to 10-9. Hill’s free throws for Spirou were then matched by a running jumper from Simmons. When Mike Lenzly broke loose for a fastbreak layup, Nymburk had its first advantage at 13-12. However, Green’s corner triple put the lead back in Spirou’s hands, 15-13, after 10 minutes.

The defenses continued to dominate in the second quarter, blocking shots and drawing charges until Lamayne Wilson tied it up, 15-15, with a baseline jumper. Spirou reacted with quick baskets by Hill and Welsch, which was saying something with points at a premium now. Nymburk looked too tired to get to the basket, while Hill popped high off the mark to down a jumper at 21-15. Green’s next points, on a breakaway dunk, ignited the crowd, and Mallet did so even more with a nothing-but-the-net triple at 26-17. Once Green scored on a three-point play and Mallet on a transition jumper, it was 31-17 and Nymburk looked rudderless. Simmons got a two-pointer and Radek Necas a pair of free throws to fall before halftime, but in between, Mallet struck from long range again, assuring Spirou a comfy 34-21 halftime gap.

The home team came out for the second half looking to end the game early. A Hill triple and a Mallet layup lifted the Spirou advantage to 18. Petr Benda stepped up and nailed a long jumper, but it was not enough to change the momentum. Hill nailed another three to put 44-24 on the scoreboard. Lukas Palyza got to the hole for a layup only to see Toko Shengelia better him with a basket-and-one. Beghin put the hosts up 21 from the line and Mallet made it 22. Mike Lenzly’s free throws and three-pointer had little impact as Mallet came back from downtown. Four Pavel Pumprla free throws drew Nymburk to 54-36 entering the final quarter.

Beghin made it 20 at the start of the fourth quarter. Nymburk never quit and Lenzly laid his body out for a loose ball, but the shots simply did not fall. Pumprla shined for a moment with a steal and slam. Mallet ended any doubts about the outcome with a triple before a Welsch steal set Hill up for a layup-plus-foul, which also landed Benda a technical foul. After Hill sank three free throws and Beghin two more, the lead hit 68-38. Lawrence drained a three for Nymburk and then got to the line as the visitors never stopped playing. Palyza also connected from downtown. But the Czech champs’ efforts were now too little, too late. The local fans sang over the final minutes as Spirou marked a second straight season in the Euroleague.