It may be slightly foolish-bordering-on-irresponsible to lament the woes of a traditional powerhouse that’s currently 5-2 overall and (at least for a few more hours) leads the ACB table, but hey. What’s up with Real Madrid?

In Tomic they trust

(ACB.com) – Alicante Meridiano earned its first victory in the 2010-11 ACB and broke the winning streak of Real Madrid, who started the day as leader, in a duel in which the local team left without resources to win the game in the final minutes, 78-67.

Going into the game, the matchup appeared unbalanced, as ACB-leading Real Madrid was visiting a Meridiano that had not only thus far gone winless, but was also averaging just 55.8 points per game.

However, the first two quarters proved to Real Madrid the game would be a struggle. Not surprisingly, Meridiano jumped into the game with momentum and intensity heretofore unseen from the club this season.

Meridiano based its performance on tough defense that made life difficult for the Real Madrid offensive game, which found ways to score with Ante Tomic and Carlos Suárez – and sometimes Sergio Llull.

Meridian controlled throughout the first half, typically leading by five points, to a maximum lead of seven at 42-35 just before the half; ultimately Madrid (and a disturbed-looking Messina indeed) went to the locker room down 42-37.

Though the inside game, especially from the second quarter on, was controlled by the mighty Real Madrid rebounders, Meridiano’s success was quite unexpected against a perimeter-defense preaching coach like Messina. For Meridiano, the second quarter became an opportunity for their players inside to increase their range and stretch an immobile Madrid defense underneath.

Upon returning to the court, Real Madrid increased its defensive intensity in countering the Meridiano attack, and the home team simply could not find the formula to score and were held to just 12 points in the third quarter.

Though Carlos Suárez and Felipe Reyes performed well for Madrid in the third quarter, other shooters, including Tomic, were erratic at best and Meridiano kept Madrid’s shooters uncomfortable throughout the third, resulting in a mere 15 points from Real.

Real Madrid finally took the lead on the scoreboard in the fourth quarter, going up 55-54 in the 31st minute. However, Team Senegal’s Pape Sow reentered the game and, in reeling off six consecutive points, returned Meridiano to supremacy. 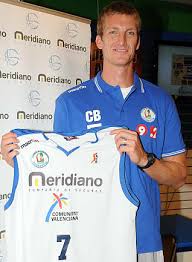 With two minutes remaining, Meridiano had built up a 10-point lead and Real Madrid could not come up with an answer to Meridian’s finest play of the season.

As they say in England: Roight, then. How worried are Real Madrid backers after last season’s near-disastrous (respectable by many European squads’ standards, but hardly the level of achievement for which Messina was hired – not to mention suffering so many brutal losses to Barça) finish?

And, as a muckstirring sports blogger, BiE asks where the finger-pointing might begin … Let’s examine a few possibilities.

– No true go-to guy. Like any good American hoops fan, BiE surely exaggerates the importance of a crunch-time alpha-dog to bring the wins, but still. Keeping to Spanish teams and recent memory alone, look what happened when Tiago Splitter took over the ACB finals last summer. Or think about how far Team Espana itself might have gone in the 2010 FIBA World Championship with a Pau Gasol to go to. (Seriously how does 2010 Team USA answer Pau? They don’t.)

In this game, Tomic and Saurez got (limited) praise for keeping Madrid in the game. But check out the pyrrhic victory in Euroleague week two over Unicaja: Had not Malaga been so inclined to shoot 30.6% overall thus allowing Real to beat up on a Meridiano-level (ahem) score of 56, we’d surely still be discussing Tomic’s slightly ineffable 4-of-11 line (the man had seven offensive rebounds, for Naismith’s sake). And Sergio Rodriguez, seemingly designed to take over this team in the clutch, was harassed throughout by a more prepared Olympiacos side in week one to go 3-of-13 overall and scoreless in the second half.

A question, therefore: With the game tied after three quarters, through whom does the ball go for Madrid in the fourth? Several close ACB and EL games this season will depend on the answer to that question.

Come back, Darjus; all is forgiven!

– They’re getting beaten on the boards … because they’re small. For most of last season, Messina was convinced he had to find an answer to the Pete Mickeals of the ACB. He’s still looking, apparently, and perhaps he’ll add to the wish list a replacement for already sorely missed Darjuš Lavrinovič and Vladimir Dašic.

The vital statistics tell us that Madrid is bringing just two guys over 210cm: Tomic and D’Or Fischer, the latter of which is playing just 22 minutes per game off Messina’s shockingly short bench (more on this momentarily). The vital stats tell us that Real is just sixth in the ACB in offensive rebounding and a lowly ninth in defensive boards per game. That certainly won’t cut it in the Euroleague; as the man himself said after besting Olimpija, “This was a typical Euroleague game. It was decided in the third and fourth quarters and rebounds were the key.”

The Meridian game battle for the boards, in short: Okay, so Pape Sow is a Euroleague-level player, but geez, Justin Doellman’s beating y’all?

– Bench? What bench? Those Miami Heat haters trying to seek solace in their perceived lack of reserve strength have nothing on the anti-Madrid crowd.

The good news: Sergio Rodriguez is proving an asset. The bad news is everything else. With Jorge Garbajosa getting limited minutes in both Euroleague and ACB games while Fischer is getting less time that BiE would’ve figured after this offseason, Messina’s rotation has gotten shorter than Stockton’s shorts.

In the Meridian game, just six players managed more than 15 minutes of floor-time and ran out of gas in the fourth quarter. Sure, Fischer fouling out in 13 minutes of playing time didn’t help matters, but if you’re seeking big bodies after D’Or, it’s essentially Novica Velickovic and untested Nikola Mirotic, who have contributed a combined 49 minutes of playing time in ACB play including the latter’s DNP in this match and two others.

Velickovic did see about 13 minutes in desperate-measure time in this game, but looked appropriately lost and inappropriately outmatched to go 0-of-3 from the floor plus three fouls.

Meanwhile, Meridian with, what, maybe one-third the financial resources of Real, distributed playing time among nine players, getting each between 13 and 32 minutes while excellently distributing the ball, particularly outside. The result? Meridian ultimately boasted four with player rankings above 12 versus Madrid’s two (Suarez and Tomic).

We’ll know a bit more about how some other ACB squads stack up today, with eight games scheduled, including DKV Joventut-Power Electronics Valencia and Caja Laboral Baskonia-Fuenlabrada. Damn, though, don’t you think Real Madrid’s worried a little bit?

(And on Thursday, they get surprising 2-0 Virtus Roma…)