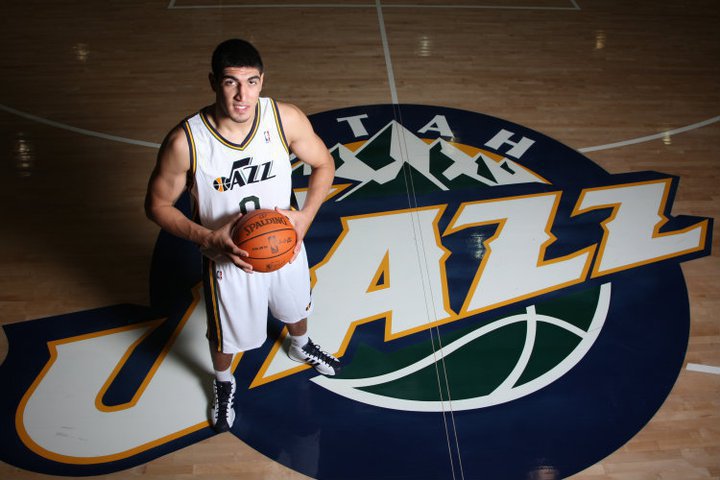 With Team Turkey bounced from Eurobasket 2011, BallinEurope’s Sam Chadwick takes a brief look back at the play of prospective Utah Jazz big man Enes Kanter during the tournament — and a look forward to speculate on what he can do in the NBA. Will he be a Al Horford type? Can he compete against the tops in the NBA? And he will get any playing minutes? Read on…

In many eyes, Enes Kanter is the European draft pick with the most potential; however, he is also the European draft pick with the hardest task ahead. Getting drafted at no. 3 overall is a great accomplishment for a player who didn’t play a minute of college ball. But unlike most years, this year’s no. 3 team was actually good in contrast to past drafts wherein the third pick gets tons of minutes and great production with an incompetent squad the following season. Instead, Kanter goes to a Utah Jazz team with a stacked front court, where he will have to compete for minutes with Al Jefferson, Derrick Favors (the no. 3 overall in 2010), Paul Millsap and Mehmet Okur.

Unless a trade goes down to free up some minutes, Kanter may struggle with production and his numbers will take a massive hit. If I’m the Jazz, the only possibility as trade bait is Okur, but in my mind you can never have too many big men, especially if you want to compete with the Los Angeles Lakers (with Pau Gasol, Lamar Odom and Andrew Bynum) and the Dallas Mavericks (Dirk Nowitzki, Tyson Chandler) for Western Conference supremacy.

Some scouts have tagged Kanter as the next Al Horford, an undersized but All-Star calibre power forward/centre who is a great championship piece for a contender. If Enes does become an Al Horford type, the Jazz will see him as a great success who will help them compete in the West.

If Kanter can beat out one of the current starters for some minutes and if he can compete against fellow young star Favors, then I’m certain he will be a constant double-double threat as he can score and rebound with the best of them, as we know from his 34-point, 13-rebound show at the Nike Hoop Summit.

Unfortunately, while some recent performances with the Turkish national team shows that he can compete with some high level players (cumulative in EuroBasket, Kanter averaged 9.6 points, 3.9 boards and 0.6 blocks), I’m not quite sure if he is ready to compete with the best in the World. Kanter’s stats against France of Joakim Noah et al read four points, two rebounds in 10 minutes of action; it was more of the same against Spain, with a stat line of two points, one rebound in 10 minutes. And against Lithuania — even with Jonas Valanciunas taking a DNP — his numbers of five points and three rebounds in 16 minutes of play … were not exactly mind blowing.

From the field, his 59.2% shooting percentage wasn’t too shabby and 67.9% from the line is decent, but Kanter’s best games came against some pretty weak opposition, i.e. his 19 points in the loss to Poland and seven rebounds against the Portuguese.

I still see huge amounts of potential in Kanter, and to get the above stats in a mere 17.8 minutes per game is relatively impressive and efficient. Kanter is one of the key cornerstones for Team Turkey and I see an immensely bright future ahead of him both for the Jazz and for this up-and-down Turkish national team.

Sep 14, 2011ballineurope
Powered by Sidelines
Share on FacebookShare on TwitterShare on Google+
Has Dirk Nowitzki retired from Team Germany? The life and times of Joakim Noah … in 100 seconds