It seems like forever, but Euroleague 2011-12 resurrects itself for Top 16 opening night tonight. What better way to celebrate, reckons BallinEurope, than with some good ol’ power rankings?

Once again, the caveat emptor-ish bit: These ratings are formulated from once source (namely yours truly) and are based on the way teams are trending at present. While play in other leagues was considered, emphasis was put on performance in the latter bits of the EL season.

1. CSKA Moscow (10-0 in Euroleague regular season; 8-1 in VTB United League, 7-1 in PBL) – Remember the date December 10, 2011: That’s the last time the scary Red Army lost, in falling to BC Khimki in Russia while getting just seven minutes out of Andrei Kirilenko. The Red Army’s only loss before that was exactly one month prior when they fell in a squeaker at Spartak St. Petersburg in their VTB opener. Considering the starting team alone – an all-star squad of Kirilenko, Milos Teodosic, Nenad Krstic, Ramunas Siskauskas, Viktor Khryapa – BiE has to wonder what non-NBA team could beat ‘em. Even after the star power, the CSKA Moscow bench contributed 43.2 points per game in Euroleague play while the team leads in overall performance rating, assists and assist-to-turnover ratio. This has got to be considered the team to beat in 2012.

2. FC Barcelona (9-1 EL; 13-3 ACB) – While standing mostly pat with the core that has made Barca a Final Four threat for years, the team’s sole headline acquisition – Marcelinho Huertas in lieu of whatshisname now with the Minnesota Timberwolves – has turned out just fine and dandy as the Blaugrana appear headed for at least the final eight tournament. Of course, all this depends on the return of Juan Carlos Navarro…

3. Maccabi Tel Aviv (7-3 EL; 15-1 ABA; 11-1 Ligat Ha’al) – Though a 33-5 overall record is nothing to scoff at (as Adriatic League teams would surely agree), BiE gets the feeling that Maccabi still hasn’t hit its rhythm – not to mention the fact that this side has done more roster shuffling over the past 2 ½ months than any other EL side save Zalgiris, with three key members of their ranks (Omri Casspi, Jordan Farmar, Jeremy Pargo) re-emigrating to the USA. BiE’s giving David Blatt & Co. the benefit of the doubt here, but much may depend on how soon Demond Mallet is integrated alongside Keith Langford on this suddenly frontcourt-heavy squad.

4. Real Madrid (8-2 EL; 13-3 ACB) – Currently in a statistical tie in Spain with FC Barcelona, Real Madrid closed its Euroleague with an impressive six wins in a row after losing a one-point squeaker at Partizan Belgrade on November 10th. After years of futilely courting big men to body up with Barca’s, Madrid did an about-face for 2011-12 in a game plan calling for stretching the floor in a Montepaschian wide-open court. The results? The highest-scoring team in the ACB and the EL, and one of either league’s most exciting to boot. But, as Madridistas scarcely need reminding, there’s some way to go yet before the finals.

5. The fits-and-starts course Panathinaikos (7-3 EL; 11-3 ESAKE) is taking in 2011-12 ain’t fooling BiE. Sure, on the surface the Greens appear to be sporting a rapidly aging roster (oldest in this edition of Euroleague, as a matter of a fact) and having benefitted from relatively light competition in the first EL round, but all BiE can see is innovative coach Zeljko Obradovic producing more than the sum of this (three-time champion in the past five years) team’s parts – Seriously, do you realize just three Panathinaikos players – Dimitris Diamantidis, Steven Smith and Romain Sato – started in all 10 EL regular-season games?

6. Montepaschi Siena (8-2 EL; 12-4 Serie A) doesn’t appear quite as dominant back home as they have been for a decade or so; could parity be returning to Italy or are Euroleague-first economics finally catching up to Ferdinando Minucci’s side?

The X Factors (at least early on) 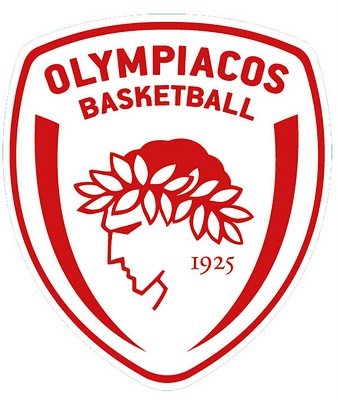 7. Olympiacos (6-4 EL; 11-3 ESAKE) – New management reshaped the Reds with a conspicuous lack of overexpensive name players for 2011-12 and it may be that this team is finally coming together – just in time to incorporate the sure-to-be-welcomed Partizan Belgrade’s Acie Law, though one wonders how well the run-and-go Law will fit with an Olympiacos side that prefers halfcourt play. At 11-1 overall since starting 1-3 in EL play, Reds backers are surely praying for a smooth transition.

8. Unics Kazan (10-1 VTB; 3-3 PBL) – Damn right, BiE went there. Look, this Russian side is clearly the second-best team in the VTB League and closed Euroleague regular-season play proving they’re for real by winning six of their last seven, including a nice 79-73 victory over Siena in Italy. Fans have got to be loving the acquisition of Bostjan Nachbar to give Unics much more mobility (plus hopefully rebounds and blocks – the team was woefully middle-of-the-road in both categories in 10 EL games) in the paint. All in all, BiE’s penciling these guys in as the no. 2 seed out of Group G…

9. …though it could easily be Fenerbahce Ulker (6-4 EL; 10-5 TBL), although the Turkish side is in the midst of an underwhelming season which has them in a lowly (for them) sixth place in Turkey going into the weekend. Worst of all for Fenerbahce is the injury to point guard Roko Ukic which will sideline him for minimum two Euroleague games. Given the increasing importance the playmaker position tends to take as European competitions reach conclusion and the opening-night opponent Unics, Fenerbahce’s Top 16 run could effectively end quite quickly.

10. Anadolu Efes (5-5 EL; 13-2 TBL) – Tops of the table at home, Anadolu Efes backed into the Euroleague Top 16 with losses at Tel Aviv and vs. Madrid. While this team’s capacity for clampdown D was (mostly) admirable in the regular season, the low-watt Efes continually fought to score. With only two active players with double-figure averages (Sasha Vujacic, Dusko Savanovic) and Tarance Kinsey out in the short-term due to injury, how will this team compete in the high-scoring Group E?

11. So much talent on paper, such limited success on the court … Emporio Armani Milano (4-6 EL; 10-6 Serie A) is definitely the enigma of this Euroleague season. The key question: Should we take the inspiring win at Pionir as a sign that they’ve righted the ship after a disastrous four-game EL losing streak?

13. Gescrap Bilbao Basket (5-5 EL; 7-9 ACB) – After starting 1-3 (and 2-4), Bilbao came back strong to close out its inaugural Euroleague regular season with wins against Fenerbahce and Caja Laboral Baskonia … but that may be all she wrote for last year’s plucky ACB runners-up.

14 (tie). Bennet Cantu (5-5 EL; 10-6 Serie A)
14 (tie). Galatasaray Medical Park (4-6 EL; 12-3 TBL)
14 (tie). Zalgiris Kaunas (4-6 EL; 5-5 VTB; 9-0 LKL) – Commonalities between this trio: All three needed closing-night tiebreakers to advance, all should be looking forward to their respective national championship tournaments, and all will most likely join the “non-contenders” list fairly quickly. How did they get here? Bennet Cantu backed in with convincing losses at Olympiacos and vs. Fenerbahce; Galatasaray went 0-6 against Top 16 qualifiers, slipping into advancement by beating up on Union Olimpija and Asseco Prokom; and Zalgiris was nearly as unimpressive, going 1-5 against second-tier squads. BiE won’t quite say “Wait ‘til next year” yet, but that wish is coming soon…

And here’s another: Enjoy the games!