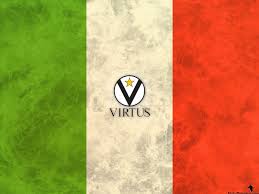 While all that Kobe Bryant-to-Beşiktaş Cola Turka talk may be long dead, the Los Angeles Lakers star could well be closer to playing in Europe than you think. After Bryant reportedly responded to offers from Virtus Bologna with “Let’s talk,” the club has organized a conference call for this evening with Bryant’s agent Rob Pelinka to discuss matters.

Italy-based Il Resto del Carlino has been following the story of Bologna’s wooing Kobe this week, and today the newspaper is reporting that the Italian club is offering some $3 million should Bryant sign with the Serie A club for the season.

And Virtus team president Claudio Sabatini has already publicly put forth perhaps the craziest offer BiE has yet seen during the NBA lockout mess, reportedly ready to pony up $500,000 plus $100,000 to charity should Kobe suit up for Bologna for the season opener against Virtus Roma – that’s right: One game, half a million bucks. Sabatini has also informally offered $1.95 million if Bryant stays with the club through October to play three games.

Finally, Il Resto is putting out a call to the public: If you have a decent argument for Bryant to play in Italy this season, offer your pro-European basketball propaganda to bolognaperbryant@virtus.it.

Bryant possibly playing in Italy has been a matter of speculation for some time, as the Laker spent a good amount of his childhood in the country while his father “Jellybean” played for four different Italian teams from 1984 to 1991.

Sep 22, 2011ballineurope
Powered by Sidelines
Share on FacebookShare on Twitter
This post was published on September 22, 2011
FYR Macedonia players return to experience “joy of a nation”Fallout from Eurobasket 2011: Is Serbian basketball in trouble?