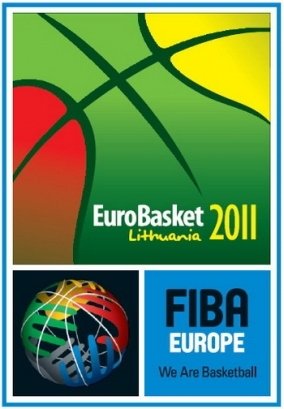 Now things are getting interesting. Eight teams remain in EuroBasket 2011, and tonight two will be eliminated from contention for the European championship. These teams will join with the losing teams of Thursday play in a playoff round to determine the all-important no. 5 and no. 6 finishers; this two sides will join nos. 3 and 4 in a qualification round for the 2012 Olympic Games.

And BallinEurope will perhaps make things a bit more contentious with not just one, but two sets of official Fearless Predictions™ as BiE’s U.K. compadre Sam Chadwick gets in on the fun in forecasting tonight’s games. Neither writer read the other’s opinion before posting.

Also provided strictly for the reader’s edification are some lines from the sportsbook, in this case Sporting Bet. As BiE argues, whether gambler or no, it pays for the fan to know the bookie’s stand; after all, these guys have the most to lose financially if they get it wrong. (Sheesh, talk about your fearless predictions…)

• Spain (7-1 in EuroBasket) vs. Slovenia (5-3)
Os says: Though fans were “treated” to one serious anti-climax of a Spain-France match and Spain avoided another serious test, it’s safe to say that, well, the title’s still theirs only snatchable with the hardest of efforts. Coach Sergio Scariolo has made good on his promise that his team “is still getting better and better” game by game, as evidenced by the Serbia game wherein Spain notched its first true blowout (unless one includes the first 20 minutes of the Lithuania game) of this tournament.

Despite the fact that this team is essentially the same as that which took the 2009 title, the two-year difference is making all the difference; the truth is that Los Rojos can trot out two NBA all-star centers: What are you going to do, short of pray they stop delivering? Which the Gasol Brothers haven’t, incidentally, with 260 points (35.0 per game), 99 rebounds (13.1pg), 11 steals (1.5pg) and 14 blocks (2.0pg) and about a zillion give-and-goes and pick-and-rolls initiated.

Do we even need to go deeper here? Right. Your third option is Juan Carlos Navarro who, despite his traditional hot/cold seesawing and 40.2% shooting, is still good for 14.8 points (including three threes) and 3.6 assists per night, while … ah, forget it. Spain is a monster and gods help you if Team Spain’s achieves Scariolo’s line “Our goal is to play 100% in quarterfinals.” Fearless Prediction™: Spain 80, Slovenia 73.

Sam says: Slovenia have played as well as expected at this Eurobasket and in preparations to host their own Eurobasket in 2013. They play a pretty game, the type that looks nice, making you say “That’s what basketball *should* look!” However, against Spain, if Slovenia play basketball how it should be played, then Spain will simply totally annihilate them! Spain can score from everywhere, against anyone, at any time they want! Spain could potentially rest a few players – the Gasols, for example – and be prepared for the semifinals. Prediction: Spanish win.

Sportsbook says: Slovenia is a +15 underdog and gets 13/2 against the well-favored defending champions at 1/14. The over/under on the game is 146.5 points, therefore implying a predicted final score of Spain 81, Slovenia 65.

• Lithuania (6-2) vs. FYR Macedonia (6-2)
Os says: The Macedonian side may be meeting its worst nightmare in Lithuania, whether or not these absolutely unflappable underdogs can withstand the assault on concentration the home crowds will bring.

Nah, we’re not talking the 13th man here, but the problem is rather one of depth. Despite the presence of the amazing Bo McCalebb – whose performance (20.6 ppg, 3.9 apg, 2.3 bpg) and straight-up command of his team, whether it makes the final four or not, must be rewarded with an all-tournament selection – FYR Macedonia isn’t quite a one-man team. It’s a three-man team, actually, with Vlado Ilievski contributing 3.4 assists per … and how about that Pero Antic? Has anyone else noticed the nice dirty work he’s doing in the trenches?

While FYR Macedonia has managed throughout this tournament to find the chinks in the armor of various teams thought to be better; hell, their two losses since the tournament began were in overtime and on a last-second three. But Lithuania, with its scintillating combination of wily veterans and quick youngsters, may simply have too many answers for Bo and the boys.

You love going one-on-one on offense? Lithuania can play that; watch for the Kaukenas/Kalnietis monster and Sarunas Jasikevicius up top and maintain a lookout for Martynas Pocius even if you blow past the old guy. You like to run the break? They can keep up with you. You want to rely on Antic cleaning up the offensive glass? Meet Mr. Javtokas and Mr. Valanciunas, neither too shabby or plodding in getting position. You think your defense is tenacious and clever? With their tournament-high 85.0 points per game and 53.2% shooting marks, they’ll be picking their spots on the floor tonight.

You say you don’t turn the ball over (just 10.5 per game, the tournament’s third-best and best of any team with more than five games played? Well, okay, you’ve got ‘em there. I’ll say this game comes down to turnovers; FYR Macedonia needs to hang close throughout and exploit the three or four opportunities they get. But I’m thinking they won’t. Fearless Prediction™: Lithuania 90, FYR Macedonia 72.

Sam says: Unfortunately I don’t think Bo McCalebb can save the dark horse now. It’s been great watching his play, his 20.6 points per game and his 3.9 assists but other than him this team doesn’t have the talent to stand up against Lithuania and its thousands of screaming/crazy fans. For Lithuania, this game is a little bit of a problem as they want guys to be ready for the semis and instead they will have to put forward their best players in an attempt to slow down this team. This game chould potentially (and will, hopefully) be a thriller. Prediction: Lithuania by a few.

Sep 14, 2011ballineurope
Powered by Sidelines
Share on FacebookShare on TwitterShare on Google+
The life and times of Joakim Noah … in 100 seconds Official Fearless Predictions™: France vs. Greece, Russia vs. Serbia