With the lengthily-named 2012 FIBA World Olympic Qualifying Tournament for Men tipping off in Venezuela on Monday, BallinEurope takes some time this week to catch up on the four European squads in the running for a trip to London and reckon on a brief assessment of each’s chances in the competition. First up is Russia, the Continent’s representative in qualifying group C.

How they got here: Last year in Lithuania, the only team that could stop the Russian juggernaut was France. Les Bleus used a single 8-0 run in the third quarter and a career game from Nicolas Batum (19 points, seven rebounds, four assists, two blocks) to squeak past the theretofore undefeated Team Russia in the semifinals.

In settling for a 10-1 overall mark and third place in Eurobasket 2011, Russia gave ample demonstration that this side isn’t going away after the 2007 miracle. This team showed it can score at 78.3 ppg while outstandingly protecting the offensive glass with a tourney second-best 12.5 per game. The fact that they’re bringing essentially the same roster to qualifiers and Olympics makes them among the favorites to reach the podium in London.

What they’ve done recently: Only notched a couple of blowout wins against outgunned competition. On Monday, Team Russia rolled through a Great Britain side playing without Luol Deng, Pops Mensah-Bonsu, Joel Freeland and Robert Archibald, 87-51 in San Antonio; against a young FYR Macedonia team playing without its Eurobasket 2011 studs, it was 80-61. 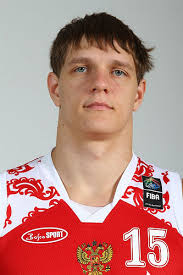 Despite once fearing jetlag issues and extended seasons, Team Russia has got to be stoked by the on-form play of nearly everyone in these warmup exercises following a sluggish loss to Greece in its first friendly. Vitaly Fridzon and Sergey Monya have contributed two double-figure scoring nights each, while Timofey Mozgov went for 16 in the Britain romp and Sasha Kaun led all scorers against FYR Macedonia; Euroleague MVP Andrei Kirilenko and Viktor Khryapa have also been reliable contributors on both ends of the floor in limited minutes.

Head coach David Blatt could find some reason to complain about allowing Eric Boateng to go for 14 boards – though these were mostly defensive and often against the end of the Russian bench. However, Blatt has the luxury of enviable depth with which to experiment and has stated he plans to get everyone some playing time in deciding upon his final rotations. “We’re really trying different sets, different combinations and different rosters in the four lineups,” said Kirilenko before the game against Team Britain.

Next up is Lithuania in another friendly in the ‘States.

Player to watch: How about Sergey Karasev of Lokomotiv Kuban? (Hell, you already know all the other names, right?) The 19-year-old who hops like a pro – he took the U18 dunk contest during Eurobasket 2011 – won’t see much playing time even if he makes the squad, but remember the name as a harbinger of things to come for Team Russia. A 2.01m (6’7”) forward who can pass, shoot from anywhere and, of course, dunk makes Karasev look like a smaller Kirilenko, bringing versatility any national team could use.

Weaknesses: Speed is not this team’s forte and naturally Blatt prefers to slow the game down to apply his halfcourt defensive traps; this could become an issue and ultimately allowed a more athletic France to wear Russia down just enough in Eurobasket. A fleeter FYR Macedonia side also provided a couple of scares in that tournament.

In the longer-term, all roads go through Spain: Los Rojos are a team keenly suited to defeat Russia with the appropriate size and much more mobility in the painted area from the Gasols and Serge Ibaka. On the other hand, Ibaka is one of the few significant changes to either team’s roster since that climactic Eurobasket 2007 final…

Outlook: In short, these guys will certainly be ready to go on Monday; BiE can’t imagine groupmates South Korea (no. 31 in FIBA world rankings) and Dominican Republic (no. 25) giving them too many problems.

Jun 27, 2012ballineurope
Powered by Sidelines
Share on FacebookShare on Twitter
This post was published on June 27, 2012
Current rosters for 2012 European, USA Olympic teams [Updated]Dalibor Bagaric on time with Chicago Bulls: “I was unlucky”