While basketball lovers are getting something of a Christmas gift this season in the December 25 NBA opening day – BiE says “something of” there because this belated debut is kinda like your parents saying, “Well, we’ll just give you your birthday gift at Christmas.” When your birthday’s in October – BallinEurope would like to add to the virtual bounty under the tree with our annual Eurocentric NBA preview.

Here’s BallinEurope’s predominant working theory for at least the first two months of this season: The teams with more critical players who did a stint in Europe (or South America, for that matter) during the lockout will jump out to the best starts. And with a shortened season increasing the importance of every individual game, imagine what a, say, 17-5 could mean in the long-term – for a European equivalent of this model, how ‘bout that CSKA Moscow turbo boost?

So Kevin Garnett’s complaining that the preseason is too short … guys like Deron Williams have already been in real-game situations. Manu Ginobili is well rested but not “in basketball shape?” The Danilo Gallinaris, Mehmet Okurs and even the Gasol Brothers of the basketball world are set to go. More back-to-back games than ever before in NBA history? Hey, perhaps those two-a-days European coaches are so notorious for assigning will have readied these NBAers well more than the fortnight many of their colleagues are getting.

BiE would even argue that latecomers such as Tiago Splitter and late-peakers like Serge Ibaka are surely few steps ahead of the many American ballers who did not take Continental clubs up on even the most outrageous of offers. It is with this dictum in mind that this preview and Official Fearless Predictions™ were written. Today, the Eastern Conference.

Atlantic Division
First and foremost, of course, BallinEurope will be paying close attention to the New Jersey Nets, and not merely because of would-be Russian President Mikhail Prokhorov. (What? You don’t go to games to see the owners? Weren’t we supposed to learn that during the lockout?)

The future Brooklynites have a nice Euro-centric situation at point guard with D-Will (Beşiktaş) and Jordan Farmar (Maccabi Tel Aviv) warming up overseas. Depending on how one feels about Brook Lopez, European basketball fans have got to be loving last night’s acquisition of Mehmet Okur (Türk Telekom) for a song from the Utah Jazz – with the implied news that Enes Kanter is coming along over there – and former Team France/Pau Orthez big man Johan Petro may see some quality time in a Nets frontcourt with a huge Dwight Howard-sized hole. 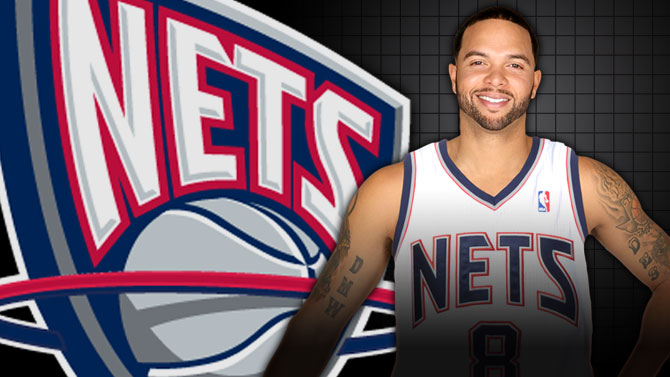 Perpetual BiE attention-grabbers the Toronto Raptors are bringing disappointingly few European players into the 2011-12 season, though it’s not as though they didn’t try with Mickael Pietrus. Pietrus was almost a Raptor for a day before a knee injury voided a trade. Most recently, he’s been waived by the Phoenix Suns … how long before Pau Orthez puts in a bid…?

Meanwhile, the Raps still boast José Calderón, Andrea Bargnani and Linas Kleiza among the ranks … and, um, whoa. Is this really Toronto’s depth chart? Even at 66 games, this could be a long season. Or, as something called The A(bro)citation puts it, “I can’t believe that there is a question as to who the worst team in the NBA will be in 2011-12. I don’t even care about records. This team will NOT fill seats, make it on SportsCenter, or even provide the ladies with some eye candy. Rough times in Toronto right now.”

As for the New York Knicks, BiE’ll get over the disappointment of neither Amare Stoudamire nor Carmelo Anthony coming overseas to play this fall long enough to compliment the interesting-looking starting five – Amare, Melo, Tyson Chandler, Landry Fields and Toney Douglas – while goggling at the bottom of the roster. Is Jarred Jeffries really the top frontcourt option off the bench? Could the difference-makers for New York be Mike Bibby and Baron Davis? Can four starters actually play 48 minutes in every game? Scary. For Knicks fans.

For the Boston Celtics, it’s been one step backward after another since acquiring the “Big Three.” BiE’s still puzzling over the bizarre late-season move which had Nenad Krstic coming to Beantown for Kendrick Perkins, a human spark plug during the Celtics’ mini-run in the ‘00s … only to see Krstic never fit in and sign with the tough Red Army. For whom he’s doing some serious damage.

More bothersome for the Cs are KG’s above-cited comments. Garnett noted that the short preseason does no good for team chemistry; clearly he’s thinking specifically of his own team here. Who else thinks Danny Ainge’s half-baked dealing isn’t finished yet?

Euro-centrically speaking, the Celtics have signed Sasha Pavlovic, but despite Boston’s lack of true no. 3s behind Paul Pierce, the Serb may not even stick. Assesses Jessica Camarato of CSN New England: “Pavlovic flashed some outside-shooting ability earlier in his career, but he’s unlikely to do much in Boston even if he makes the team.”

In general, BiE likes the workman-filled Philadelphia 76ers roster. Andre Iguodala and Elton Brand lead a defense-minded, intangibles-first squad that could go far in a weak Atlantic Division. While the Sixers have essentially kept the 2010-11 final roster intact, word has it that Iguodala has been the subject of trade rumors; really? Meanwhile, look out for seven-foot draft pick Nikola Vucevic out of USC to steal away the starting role from Spencer Hawes; BiE believes that Vucevic is primed for a long and successful NBA career and it may just begin early. BiE’s NBA team to watch in 2011-12: The Chicago Bulls. Love the nice Eurobasket 2011 representation with Joakim Noah (Team France), Omer Asik (Team Turkey) and Luol Deng (Team Britain and truly one of the tournament’s studs in his short stint). Love the return of Brian “One of Us” Scalabrine after his ego-boosting term with Bennetton Treviso. Love Derrick Rose; how could you not? Love coach Tom Thibodeau and his staff’s excellent defensive sets which offensive strategy that allows for each player’s strengths to be accentuated. Love the way these guys match up with the Miami Heat. Hell, BiE even loves the Carlos Boozer extension well enough.

From Detroit Pistons land, the biggest Euro-centric news is all about Jonas Jerebko. Finally coming back to the Pistons after spending all of 2010-11 laid up, the Swede is already a fan favorite, may have earned the starting power forward job by opening day and will seemingly sign an extension with the club. O, and he’s guaranteed that Detroit will make the playoffs. Okay, BiE buys that.

The good news for the Cleveland Cavaliers: Omri Casspi (Maccabi Tel Aviv, aaaaaaaaaaaaaaaalmost) is aboard. The bad news: Well, just about everything else is bad news.

What? No Europeans on the Indiana Pacers? Former University of New Mexico stud Danny Granger needs to be traded soon so that BiE has absolutely no reason to pay attention to these guys…

Brandon Jennings (yeah, BiE still has fond memories) hopes to reclaim that “Fear the Deer” feeling with his nicely international-flavored Milwaukee Bucks in 2011-12. Ersan Ilyasova (Anadolu Efes) has looked generally decent in preseason play and in tandem with Drew Gooden comprises a nice 1-2 combination at power forward, especially in comparison with the East. New acquisition Beno Udrih backs up Jennings and has seen a ton of time – 32.2 minutes per game through five – in the preseason, perhaps indicating a respectable role with the team.

Southeast Division
As a follower of European ball, you gotta dig the Orlando Magic because they keep Hedo Turkoglu employed. What would the NBA preseason be without the annual “How much does Hedo have left in the tank?” questions?

The mix the Atlanta Hawks has concocted is crazy enough that it just might work. European ball is well represented with Zaza Pachulia, Vladimir Radmanovic and Pape Sy. Sy may actually play this season for the Hawks. Or maybe, judging by the extremely few minutes he’s getting in December, not.

Re: What BiE wrote above about the Magic and Hedo? Ditto and even more so for the Charlotte Bobcats and Boris Diaw (JSA Bordeaux).

The Washington Wizards look so exciting and interesting that BiE’s nearly giddy enough to back Jan Vesely as a dark-horse NBA Rookie of the Year candidate. “Nearly,” BiE said, as it seems breaking into the DC starting lineup ahead of Rashard Lewis ain’t gonna happen. Nevertheless, local media is loving the Flying Czech.

The Wiz also boasts a pair of Team France guys in Kevin Seraphin (Caja Laboral Baskonia) and Ronny Turiaf (Asvel Villeurbanne). Seraphin is still looking to break out after getting limited playing time in 2010-11; hopefully for him, his decent production for Caja Laboral (10.3 points, 5.2 rebounds, about 20 minutes per ACB game; 8.9 ppg, 5.0 rpg, 19.25 mpg in Euroleague play) will inure him to the Washington coaches a bit more.

Turiaf spent much of his lockout time sorting out insurance issues and such, but did some respectable work for Tony Parker’s French team; BiE opines he’ll be viable bench support on this playoff team.

So the whole Miami Heat-as-Evil Empire thing is old hat, huh? Not for BallinEurope! This Euro-free team doesn’t even have Zydrunas Ilgauskas any more, so what’s the point? BiE may even have to start hating on former fave Shane Battier…

Next: The Western Conference, including (sigh) Pau and those Los Angeles Lakers.