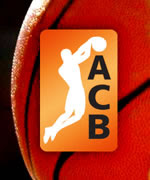 Ball in Europe contributor Francesco Cappelletti contributes the second part of his look at the ACB with briefs on a dozen teams who won’t exactly compete for the Spanish league title, but certainly compare with most European competition. Part one can be read by clicking here.

One step behind. These ACB teams aren’t worthy of a title drive; despite this, their value is surely greater than other European mid-level teams. With at least seven or eight really good players apiece, they’re readier to exploit every possibility than richer and more ambitious clubs can. For example, Gran Canaria 2014 is coming off a monster season in which it finished the regular season in sixth place (ahead of Valencia) and was eliminated by Unicaja Malaga in the quarterfinals. Gran Canaria is now without Carl English, Mario Fernandez and Joel Freeland, who are testing themselves in top teams; however, the newly arrived Jaycee Carroll from Teramo and Will McDonald are noticeable names for a non-Euroleague team, and they fit perfectly into this team’s scheme thanks to men very similar to them. The skeleton is nearly the same as last year: Joshua Fisher and Marcus Norris comprise a duo that provides veteran attitude and intangibles, while Melvin Sanders, Sitapha Savane and James Augustine carry a strong presence on both ends of the floor.

Cajasol Sevilla fans don’t expect to live through a dramatic season as they did last year, when there were 16 different players, excellent waivings (Tyrus Edney, Andrea Pecile) and only 10 wins in 32 games. In Sevilla, no one wants to hear the nightmare expression “LEB” again, so the money used to turn things around in a hurry has been plentiful, and on paper Cajasol has the pieces to get back into the playoff hunt. Earl Calloway has quickness, court vision and decision-making you can find in few Euroleague point guards; Calloway needs continuity, but he’s a savvy addition that leaves Tyrone Ellis free to play the shooting guard position. Domen Lorbek was sufficient with Treviso and magnificent in Eurobasket; Tariq Kirksay and Josh Asselin give consistency and versatility. In the paint, traitor coach Joan Plaza and the entire Spanish movement hope that this is Xavi Rey’s year.

Tal Burstein chose Ayuda en Acciòn Fuenlabrada against all odds, now that he’s healthy and showing it during a glorious Eurobasket (for himself, not for Israel). Fuenlabrada is an emerging standout force, a place where players can be launched (Oleson being the latest example) and play nice basketball. This edition sees scorer Gerald Fitch, who has to take some pressure off Burstein, while big men Esteban Batista and Kaspars Berzins compose an assorted double team either facing or with shoulders to the basket. The bench is short, maybe, but Chris Thomas is expected to take over the squad as he was able to do last year in Murcia, helped by experienced Ferran Lavina and Leo Mainoldi.

If possible, Bizkaia Bilbao Basket has gotten better since last season, when the team finished in eighth place. Out are Quincy Lewis, Luke Recker, Drago Pasalic, but Bilbao landed Chris Warren (and his 15 points per game in Avellino), Jerome Moiso and Alex Mumbrù, players which made Bilbao grown in esteem. Marko Banic and Janis Blums are soldiers to call upon, but will they still have minutes in a roster such enlarged? Playmaker Javi Rodriguez (from Manresa, where he notched 6.1 assists per game last season), Lithuanian guard Reinaldas Seibutis and big question mark Damir Markota are asking for space, and rotations similar to a youth platoon system are not recommended. And Paco Vazquez, Salva Guardia and Javier Salgado are also on coach Vidorreta’s list! What a hard job!

Meridiano Alicante has an impressive starting five (Vule Avdalovic, Txemi Urtasun, Mario Stojic, Mindaugas Katelynas, Mario Austin), but much depends on Avdalovic’s condition and on Andriuskevicius’ maturation, the latter as a rare dangerous man – together with Kyle Hill – coming off the Meridiano bench: If he gets better with each day that goes by, he’ll take a leap and Alicante could reach the playoffs.

Estudiantes Madrid is shorthanded in the frontcourt (Nik Caner-Medley, soft Petar Popovic, German Gabriel, Daniel Clark) and will rely on Carlos Suarez’s explosion, because Blake Ahearn is a crazy me-first player who can win a game all alone or become a cancer for his team. The team’s remainder (Albert Oliver, Pancho Jasen, Jayson Granger) is proven to try to bolster its chances at an higher level.

The relegation paradox. You can pick any European league apart from ACB and the following teams wouldn’t be involved in the fight among the slum clubs which apply themselves to avoid an early relegation – But that’s ACB basketball. Xacobeo Blu:Sens (you know them as Obraidoro), finally in the first league after years of processes and delays, has made considerable efforts on the market so as not to vanish after this opportunity: Reyshawn Terry (the athletic power forward from Virtus Bologna, previously in Euroleague with Aris) and Marc Jackson call for almost half of the budget, while the great attraction is Nihad Djedovic. Djedovic is the 19-year-old talent from Bosnia & Herzegovina currently property of Regal FC Barcelona, which hopes he’ll replace – or at least support – Juan Carlos Navarro in 2-3 years. Max Stanic didn’t excite last season in Pesaro, mainly his deficiency of feel for the game, vital for the playmaker of a totally new team at its debùt in such a tough league as ACB. Kostas Vasileiadis and Drago Pasalic are in search of redemption and don’t have to ham it up.

CB Murcia management thinks Milos Vujanic still has some coins to play with, but if Tomas Delininkaitis keeps on playing unconvincingly at point guard – as he did in Eurobasket – the Serbian will have to handle the whole backcourt, and that won’t be good news for a team that needs Vujanic’s points. In fact, Roger Powell is a versatile defender, Vlado Scepanovic is going on 34 years old and, over to Chris Moss, there’s only Brazilian naturalized Paulo Prestes to go to asking for offensive threats.

Curtis Borchardt has been a cornerstone of CB Granada in recent years, but his usual 10-15 games not played every season was a reason to seek other players and structures. As a result, Granada has reinforced its backcourt with Nordic Teemu Rannikko and Jon Stefansson joining Jimmie Hunter and Nicolas Gianella, while under the basket much is put into the hands of athletic Richard Hendrix and Pablo Aguilar (who averaged 7.4 points and 3.5 rebounds per game last season), who was just great in the first game against Bilbao with 15 points and seven boards in 23 minutes. He’s one of the most hoped big men for be called by Sergio Scariolo for national team duty. Suzuki Manresa is counting on Sergiy Gladyr (the Ukrainian guard drafted 49th overall by the Atlanta Hawks) and Ahmad Nivins, the amazing jumper from St.Joseph’s University, to provide depth, while Romàn Montanez, Bulgarian Kaloyan Ivanov and Jordi Grimau must help the youngsters (including giant Brian Cusworth) in their adjustment to ACB ball.

Lagun Aro GBC San Sebastian has mountains of talent in Antwain Barbour, Andy Panko and Michal Ignerski (from Cajasol Sevilla), but there must be a cause why bigger or former clubs have not pursued them: Can you say, “S-E-L-F-I-S-H players”? That is the answer. Even more pressingly, coach Pablo Laso has a big hole at the center position, where worsened Albert Miralles seems far off a decent rendering than would allow him to help David Doblas.

Newcomer Blancos de Rueda Valladolid closes the rankings: Brian Chase is the only positive touch of colour in a team lacking in competitive players and that will weigh on Lamont Barnes and Robert Battle to forestall a foreseeable relegation to LEB for the Blancos.

Tomorrow: The rest of the ACB teams.

Oct 13, 2009ballineurope
Powered by Sidelines
Share on FacebookShare on Twitter
This post was published on October 13, 2009
Betting on basketball: Who makes the Euroleague Final Four?Candidates for Team Lithuania head coach revealed